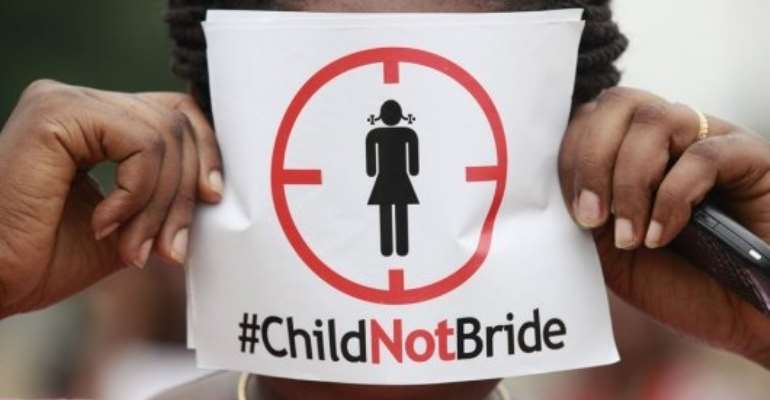 Children in the Upper West Region are demanding a stop to early and forced marriages.

The children made the demand at a ceremony to commemorate the African Union day of the African child.

The day is marked every year to acknowledge and commemorate the rights of African children who have suffered several abuses from generation to generation.

Children from basic schools walked round some principal streets in the Wa municipality to drum home the message of the negative effects of child marriages.

According to statistics from UNICEF the Upper West region is only second to the Upper East region on the issue of early marriages.

Thirty-nine per cent of children in the Upper West region are married to men before they attain their 16th birthday.

This year’s event is event is under the theme: Ending child marriages in Ghana through strengthening family and community structures.

Pupils from four basic schools at Kyegile, Jonga, Sagu and Kperisi were brought together by child right centred non-governmental organisations to drum home the message against early child marriages in the region.

The walked through some principal streets in the municipality holding placards some of which read ‘‘ Girls are supposed to be in school not to be wives, parents!"

Perpetrators of child marriages should be made to face the full rigors of the law to deal with the perpetrators of the act to serve as a deterrent to others who may be contemplating such practice as an easier way of getting marriage,’’ part of the communiqué read.

Upper West Regional minister, Amin Amidu Sulemani thanked the pupils for the communiqué and called for concerted effort to ensure that laws that are enshrined in the constitution to fight child marriages are adhered to.

Chieftaincy and Traditional Affairs minister, Henry Seidu Danaa who is in the region to attend the first general meeting took time off to the join the Upper West regional minister to address the concerns of the children.

‘‘Girls should marry when they at the marital age and when they want to marry. Girls should not be forced to marry’ the chieftaincy minister said.

The children later embarked on what they christened ‘‘Occupy Wa Metro mass transit terminal and the Wa Kejetia’’ where they moved to the various bus terminals to speak to drivers, passengers and market women on the dangers in early marriages.

Upper West program unit manager of Plan Ghana Eric Ayaaba, whose outfit is led three other child centred NGO’s in the region stated that they are not going to relent until the practice is stopped.

The event was organized by Plan Ghana, Action Aid and Right to Play.