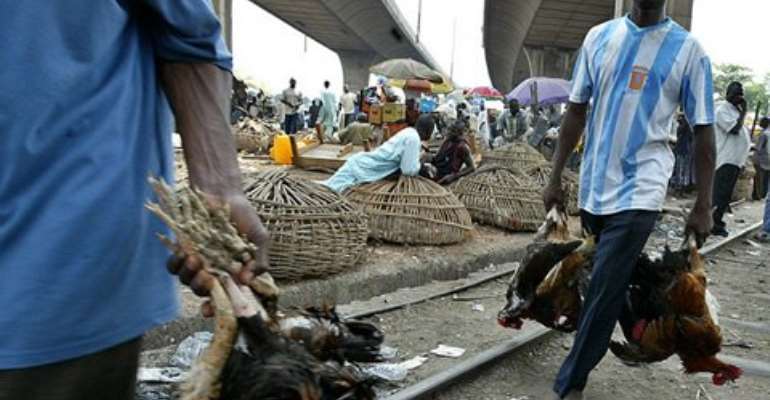 Veterinary officers in the Volta region have identified two cases of bird flu in the Keta Municipality and Ketu South District.

Dr. Patrick Agbodzi of the Volta Region Veterinary Service explained that an alarmed poultry farmer called the service to report how he lost 330 birds in two days just last week

According to the farmer, he noticed a drop in egg production about two weeks and decided to boost it by introducing some nutritional supplement.

It didn’t take long until his birds started dying at a rather faster rate. That shot up his fears. Later it was confirmed that bird flu was the cause of the deaths.

Veterinary service in the region have since been destroying birds at Kedzi-kope where more than 150 birds have already died from the disease.

An outbreak of bird flu was reported on May 27 after five out of six birds tested positive for Bird flu .

The Noguchi Memorial Institute for Research received the samples on 15 May, 2015 from two farms located in Achimota and Tema and subjected them to medical scrutiny.

It confirmed the cases of Avian Influenza virus or Bird Flu.

Earlier, it was reported that ten farmers at Kpone in Tema who had contact with birds infected with the deadly flu were under observation after they were screened by the public health department.

Thirty thousand birds were destroyed in two farms at Kpone.

Government has asked the public to be on high alert for cases of the disease after the World Organisation for Animal Health confirmed the presence of the disease in the country.