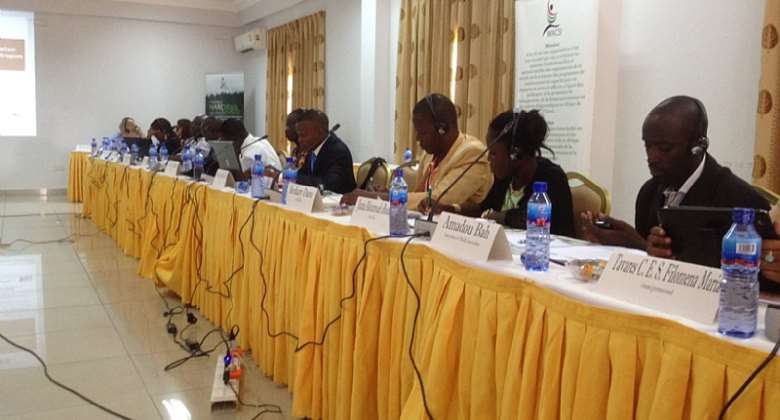 About fifty (50) journalists across the West African sub-region have gathered in Accra, Ghana, in a two-day media workshop to build their capacities on issues affecting drug policy in West Africa.

The workshop begins on Wednesday, June 3, and ends on Thursday, June 4, 2015, and is being organized by the International Drug Policy Consortium (IDPC), the West Africa Civil Society Institute (WACSI),the West Africa Commission on Drugs (WACD), the USAID, and the Kofi Annan Foundation.

In a welcome address, the Executive Director of WACSI, Nana Asantewaa Afadzinu, said the media has a key role to play in the issues affecting drug policy in West Africa.

Nana noted that there are many misconceptions about drug issues, a reason why it is very important for journalists to get the right message and share, or convey to the public; hence, the objective of putting up the two-day Media Workshop on Drug Policy in West Africa.

She decried the rate at which drug users are maltreated in the society, saying “There is so much misconception about drug issues. Those who use drugs are put in a certain black box and branded as criminals and only punished.”

The WACSI Executive Director advocated more rehabilitation and resource centers to be established to help drug users recover and become useful to the society, rather than West African policy makers investing in building more prisons and making harsher drug laws to punish victims of drug users.

Nana was hopeful that the participating journalist would benefit immensely from the two-day workshop and spread the news accordingly.

The Senior Policy and Operations Manager of IDPC,Jamie Bridge, reiterated that keeping drug users in prison, harassing and punishing them do not help in salvaging the drug menace.

He added that drug users must be treated as patients who need medical attention and not punishment.

According to Jamie, countries are spending over millions of dollars each year on war on drugs, stressing that the focus must be on supporting the victims.

“It is hard for governments to talk about a drug-free Africa or world, the focus must be on the drug policy,” he said.

The workshop will also see Peter Tinti, and independent journalist from the United States of America, sharing rich experiences on drugs and organized crimes in Africa.