Yaa-Naa died in war; No evidence of murder against suspects- Justice Apau 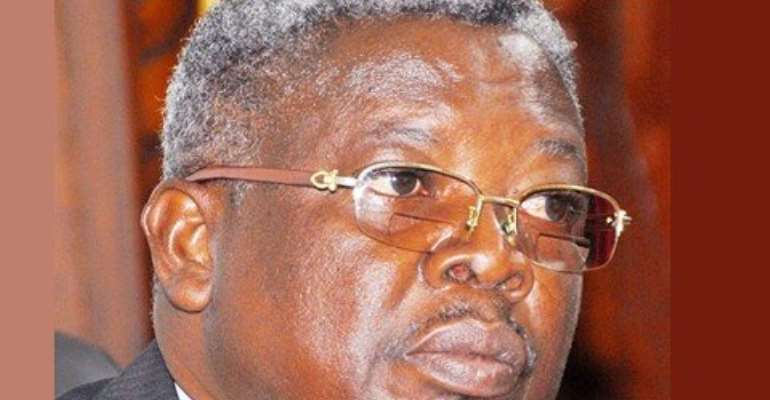 Supreme Court judge designate, Justice Yaw Apau has opened up on the death of the Overlord of the Dagbon traditional area, Yaa-Naa Yakubu Andani during his vetting in Parliament today.

Justice Apau said Yaa-Naa Yakubu died from what he described as communal war during the 2001 clashes between the Abudu and Andani gates.

The Andanis have time without number asked for justice to be served and for the killers of the late Yaa-Naa to be found and dealt with accordingly to law.

But that demand may appear to be a tall order given the comments made by judge designate during his vetting for his new role as a Supreme Court judge.

Answering questions from members of the Appointment Committee of Parliament Justice Yaw Apau said there was no supporting evidence to incriminate the suspects charged with murder.

Following investigations by the Wuaku Commission constituted by the Kufuor administration, a recommendation was made for two suspects to be tried for murder.

Justice Apau presided over the case at the High Court even though it was that of a jury trial.

According to him, the then Attorney General stood down the charges agaisnt one of the two suspects because that suspect was not even around at the time of the clashes.

He only had a similar name to one other suspect, Justice Yaw Apau reported the Attorney General as saying.

Under those circumstances the learned judge said it was difficult to find the remaining suspect guilty of conspiracy to murder and murder.

"How can one person conspire with himself to murder?" he asked, besides it was a war situation and one person could not have been found guilty for murder, he added.

"When people die in war it is difficult to single out people and charge them with murder," he said.

Even though it was a trial by Jury, Justice Apau said he provided the jury with the facts of law and they acquitted the accused person.

The learned judge also blamed the media for over sensationalising the report about the murder.

According to him some media reports suggested that the severed head of the Yaa-Naa had been hanged on a spear by the killers and paraded through the community.

He said the evidence brought before the court by the Wuako Commission did not support any such report. He said the issue will always remain sensitive and would rather not go into further detail.