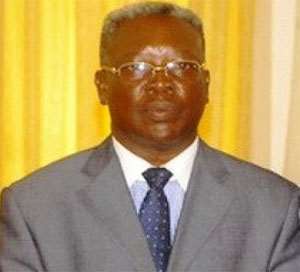 Justice Yaw Apau, who is being vetted for the Supreme Court, believes death penalty is 'retributive' and must not stay in Ghana's law books.

Appearing before the Appointments Committee of Parliament in Accra Tuesday, the Appeals Court judge said he used to be a proponent of death penalty because he thought 'it was a deterrent form of punishment.'

However, his stance changed when he realised a lot of innocent people have been wrongfully slapped with the sentence.

He cited an example of a woman who was sentenced to death and spent 18 years in jail, but later won an appeal when it was established that she was not behind the killing of her husband.

'I am against death penalty as a Christian and it is retributive and an aspect of the Mosaic law,' Justice Apau, who was recently the Sole Commissioner on Judgment Debts, told the Committee.

He added: 'If someone has killed why should the State also kill. Why do we make laws to kill? We can put him away and leave justice for the Lord to determine… It's better to acquit 99 persons than to convict one innocent person.'