Universities must respond to changing needs of society- Kuupole 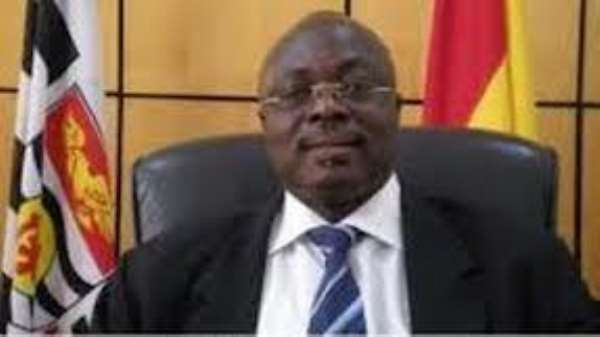 Cape Coast, April 11, GNA - Universities must respond to changing needs of society in order to position them strongly if they want to attain a worldwide acclaim, Professor Domwini D. Kuupole, Vice Chancellor of the University of Cape Coast (UCC) had stated.

He said the current high funding demands on institutions across the globe had placed a lot of pressure on higher education to look for alternate means of raising funds to support institutional growth.

Professor Kuupole, who expressed these sentiments at the launch of an Institutional Advancement Office for the University of Cape Coast on Friday, noted that, the rapid expansion of the constituent units of the university, with its attendant drain on scarce resources, called for creative solutions.

The office, currently with three units: the Fundraising Unit; the Alumni Relations Unit and the Communication/Marketing Unit, would among other things, project the corporate strategy document of UCC which would address the mission and vision of the University.

It was expected that the Office would be the frontrunner of advancement services in the country, and a critical wing of the University, in terms of assisting Management to develop strategies for the mobilization of financial resources.

The establishment of the Office was also to provide the framework for building strong support and lasting relationships with all constituents, advocating and enhancing the image of the University locally and internationally.

The Advancement Office would also streamline and revamp alumni relations activities, which according to the Vice Chancellor, had been quite dormant for some time now.

According to him, the purpose of a strong Alumni Relations Unit was to foster a spirit of loyalty among the institution's alumni by providing a link between alumni and the University.

The Unit, Professor Kuupole said, would encourage support and involvement of alumni in University affairs, whilst increasing the sense of pride alumni had in their alma mater.

Again, it would provide alumni as a resource to benefit the University, as 'we cannot boast of a strong alumni base, and therefore it had become very critical to find new strategies of engaging our alumni to be active participants in the administration and management of the University,' he added.

Professor Kuupole affirmed that the establishment of the Advancement Office was a dream come true since it was long overdue, and commended the University Council and the Academic Board for approving the creation of the Office, which officially became functional in January this year.

The Vice Chancellor said the Advancement Office had so far made some headway with regard to reaching and communicating with its alumni, and a database of all categories of alumni built, which he said would be consistently updated to be able to reach as many alumni as possible.

He hinted that the Office was in the process of launching the Vice Chancellor's Club, aimed at giving recognition to the University's most supportive stakeholders, mobilise resources to help develop the University and target captains of industry, esteemed academics, and entrepreneurs who had very useful experience that the University could tap into.

He pleaded with all UCC alumni to offer suggestions on how the University could serve their needs and also help to reform the Alumni Chapters in the various regions.

Nana Sam Brew-Butler, former Ghana Football Association Chairman, who presided the function, observed that government alone could not provide all the requisite needs of the people, hence it was vital that institutions like UCC should advance their own course for their own good.

He lauded the setting up of the Advancement Office, and urged the management to ensure its sustainability and its judicious use.

Mr. Solomon Faakye, Coordinator of the Office assured the Management of the University that he, together with the other staff would work hard to assist UCC to soar higher and higher in its core and other auxiliary functional areas.

Don’t give me reason to close down schools again – Akufo-Add...
10 minutes ago