What Bawumia Said Is Already Being Talked About In The Market...Going To IMF Better Than A Salon For A Loan 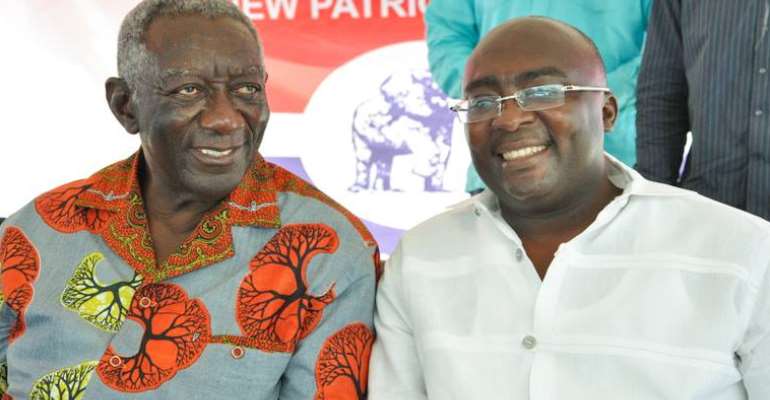 Kwesi Pratt was speaking to the recent economic lecture delivered by Dr Mahamudu Bawumia, Vice Presidential Candidate of the opposition New Patriotic Party (NPP) at an event dubbed “The IMF Bailout: Will the Anchor Hold?” organised by the Central University College.

His presentation mostly centred on Ghana's move to seek financial and technical assistance from the International Monetary Fund (IMF).

The former Deputy Governor of the Bank of Ghana warned that if the data on inflation and GDP given to the IMF by government is not credible, the anchor being sought from the Bretton Woods institution to stabilize the country's economy, is likely not to hold.

Expressing his views on Dr Bawumia's address, Kwesi Pratt Jnr noted that quite a number of people, including the Finance Minister, Seth Terkper and President of Ghana, John Dramani Mahama have all indicated that the IMF loan is a short term measure and not the panacea to Ghana's economic crisis and so “what is new about what Dr Bawumia said?”

“Yet the impression is being created by spokespersons of his political party that what he said portrays him as a saint…it cannot be true. The things he said are being said on the market places….”

He told Suhiyini Alhassan that instead of the NPP's running mate repeating what everybody knows, he should have "addressed the main problems of the Ghanaian economy including water and so on".