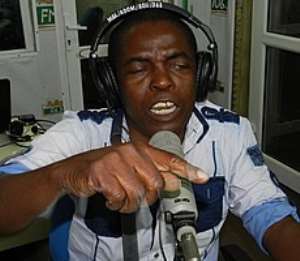 The Ghana Football Association has denied claims made by Managing Editor of the Insight Newspaper, Kwesi Pratt  that Black Stars coach, Avram Grant is being paid by an Israeli company operating in Ghana.

In a message to Myjoyonline.com he said “this is absolutely not true. He [Avram Grant] is paid by the GFA through funds from our sponsors and we don't have any sponsors form Israel or any Israel company.”

He said the Ghana National Petroleum Corporation (GNPC) and the GFA are responsible for paying the Black Stars coach.

Kwesi Pratt made the allegation on Peace FMs' morning show 'Kokrokoo', Mr Pratt said it was disgraceful that the coach of the country's national team – which is a symbol of Ghana, was being paid by a foreign company.

He said he finds it extremely baffling that a team that belongs to Ghana is paid by an Israeli company when it was the responsibility of authorities here to do so.

Mr Pratt's comments are in relation to the Black Star's performance at the just ended AFCON tournament in Equatorial Guinea, where the Stars displayed a sterling feat even though they failed to win the cup.

Many people following the team's arrival in Ghana have praised the players especially the coach leading the team to chalk such a feat.

However, Mr Pratt says the country should not over hype the role of Avram Grant because the foundations had already been laid before he came to lead the team.

He said it was wrong for anyone to say that the team would not have achieved what it has at the tournament if Avram Grant was not its manager.

He said the former coach; Kwesi Appiah did a fantastic job in moulding and grooming most of the players who played at the tournament therefore crediting the performance at the just ended tournament to the new coach was inappropriate.

Kwesi Appiah perhaps did not get 20 percent of the salary Avram Grant is being paid but he did a great job making the players who they are.

“Why do we give all the credit to Avram Grant?”, he questioned.

The contributions of the Ghanaians coaches who prepared the boys before they reached the pinnacle of the tournament cannot be underestimated.

In Mr Pratt's view, the notion that a white coach is better than a black one or that in all cases the white man is better than the black man is a mentality parlty responsibe  for the problems we have in Ghana.

"It has to change", he pointed out.
He expressed regret in the sacking of Kwesi Appiah saying that “I don't support it and I will never support it. In the future I want to see Ghanaian coaches managing the Black Stars.”

Sponsoring Supporters
Weighing in on the sponsoring of supporters to watch matches during tournaments, the veteran journalist said it was unnecessary to do so because “most of the time the facility is always abused, it doesn't matter who is in power.”

He blamed organizers of the trip for sloppily organising the trip in view of the fact that the fans got to the Estadio de Bata after the first half of the match had ended.

According to him, the country needs money to do other things which will be more beneficial to the country rather than the sponsoring a trip of such wasteful nature. Story by Ghana | Myjoyonline.com | Naa Sakwaba Akwa | [email protected]