Ghanaian in USA accused of fraud 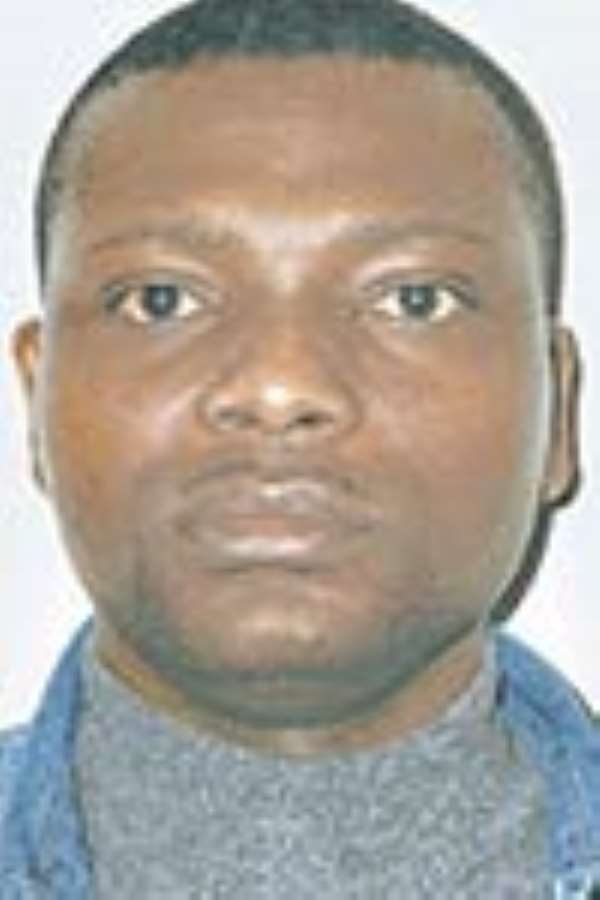 Authorities are looking for a onetime Avenel man who is charged with faking his death to cash in on a life insurance policy.

Kofi Boakye, 40, whose last known address was on Forest View Drive in Avenel, was charged in a state grand jury indictment with conspiracy, theft by deception, identify theft and offenses related to another scheme.

Authorities are also searching for an East Orange woman, Irene Addai, 39, and an unnamed woman who were also charged in connection with the failed insurance scam.

Authorities said Boakye, born in Ghana in western Africa, and Addai represented that they were engaged to be married and provided false information to obtain two $500,000 life insurance policies between December 1999 and November 2001. They also are accused of using false information to collect $38,000 from ITT Skills Co., a company that provides student loans, authorities said.

The third woman falsely represented herself as Addai when she reported to Massachusetts Mutual Insurance Co. that Boakye -- named as James Bouchie on the policy, one of Boakye's aliases -- died in Ghana on March 12, 2001 of hepatitis and liver failure.

She filed false death claim forms and a fake death certificate to collect on the life insurance, authorities said.

Investigators, with help from the Ghanaian embassy in Washington, determined that no one by Boakye's name or aliases died in a Ghanaian hospital or was taken to a mortuary or cemetery in the country. Massachusetts Mutual referred the case to state Division of Criminal Justice's office of insurance fraud prosecutor.

In a separate scheme, Boakye and Addai claimed they -- and two fictional students -- were enrolled at Bloomfield College, authorities said. They used the $38,000 in student loan money they got from ITT Skills to pay for the fraudulent insurance policies, authorities said.

The cases are assigned to Superior Court, Newark.

Authorities are urging anyone with information on Boakye, Addai or the unnamed woman to call the Office of Insurance Fraud Prosecutor's confidential tipline at (877) 55-FRAUD or state investigator Lisa Shea at (973) 599-5879.