NDC Has A Dodgy Dossier On NPP 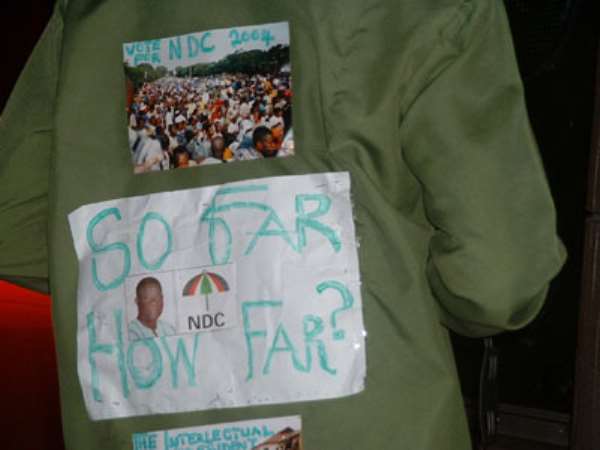 NDC presidential candidate, Prof Mills, has served notice that his supporters could make Ghana ungovernable before, during and after election 2004.

As Ghanaian's continue to mull over these dire threats, some of the secret weapons in the party's arsenals are also being made public.

Information gathered from highly placed NDC sources also collaborated by NPP sources of a doggy dossier prepared by NDC Psy-Ops specialists to discredit the NPP during the election campaign period.

The dodgy dossier is as audacious as it is diabolical. Its contents are meant to put the NPP on the defensive at a time it would need its energies to put across to the electorate its achievements, ongoing projects and what it intends to achieve when given the mandate for another 4 years.

The NDC dodgy dossier would put forward cases along the following: ethnicity in appointments, corruption; security relating especially to the Dagbon crisis, the President's international travels, the IFC and CTNCI Loans among others.

These would be packaged as charges against the NPP and would form the basis of the party's political broadcasts on radio, television and the print media. This, the NDC source said, should be the biggest worry for the NPP because “our people are going to put the government on total defensive.”

Meanwhile, the NPP too, judging by Prof Mills' inept media appearances so far, could take some comfort but cannot and should not to take the dodgy dossier for granted.

Will you also report Tsatsu to GLC as you did against Domini...
26 minutes ago