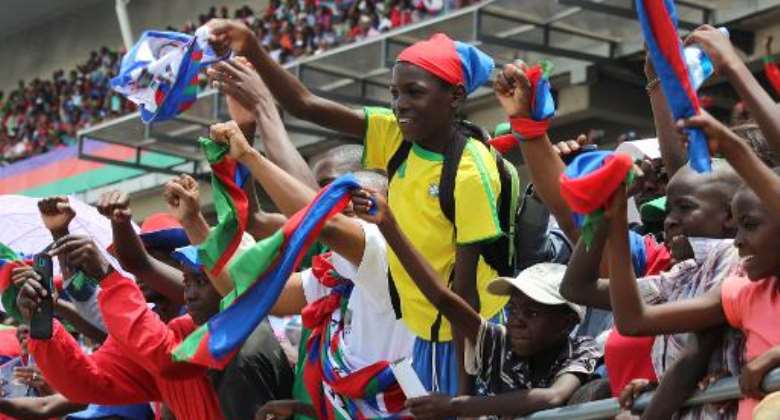 Namibian SWAPO supporters cheer during the last campaign rally on November 22, 2014 at the Sam Nujoma stadium in Windhoek. By Jordaania Andima (AFP/File)

"I have the honour and privilege to declare Geingob... duly elected as the winner," electoral commission chairwoman Nontemba Tjipueja announced.