The Passivism Of NPP Faithful: Mournful Optimism Does Not Win Political Power 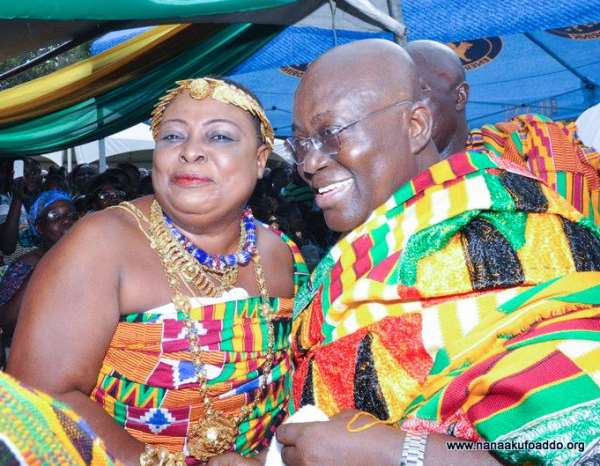 All things being equal, come December 2016, Ghanaians would go to polls to elect politicians they so wish to govern the country. Of course, a number of political parties would be competing for power, albeit, only one political party would clasp the ultimate. Indeed, NPP is a formidable political party, nevertheless, such a pith status alone does not win power; not even with a venerator Flag-bearer like Nana Akufo-Addo. Interestingly, it has been stencilled that electoral power could be secured through an effective strategy, together with a charismatic Flag-bearer (Ames 1995; Baek 2009). Thus, an effective strategy and a venerable leader are inseparable ingredients of an electoral success.

Although it has been well documented that effective electioneering messages often win elections (Baek 2009), the manoeuvres or the adroitness of the opponent cannot be overlooked with a stark perfunctory. Indeed, a Political Party may have euphonious electioneering messages;nevertheless, the ploys of the incumbency have to be mollified. For instance, it would be strategically suicidal to inure the shenanigans of an opponent who has a strong inclination of influencing the rural voters or the influential people. Needless to say that such machination is effective in gaining electoral advantage in rural areas, especially in developing countries (Ames 1995).Therefore, it would be catastrophic not to devise an operable plan to counter such prankishness and only pinning all hopes on the venerability of the Flag-bearer.

In as much as well-executed messages may allure some sizeable voters, it can also be argued that the vast majority of voters in developing countries often do not consider thelogical consequences of the electioneering messages (Ames 1995). As a matter of fact, constituents are not always magnetised by a tuneful and pragmatic campaign messages, but rather through melodic material promises and gifts. Put succinctly, the vast majority of electorates in developing countries do not vote on issues, but rather through unbridled devoted attachment and material presents.

For, if indeed, euphonic and forward looking campaign message like 'free SHS' was inexplicably ignored by the same people who struggle to meet the cost of secondary education of their children, then we can infer that some Ghanaians do not vote on important issues. Indeed, some Ghanaians uncontrolled state of affections towards a particular party or individual does not taper off through effective campaign messages.

Ironically, a typical Ghanaian voter does not stencil on his/her mental sheet the failed promises and the abysmal performances of the incumbent government. In a nutshell, the vast majority of Ghanaians somehow do not view the persistent nonfeasance of the incumbent government as a big issue. Apparently, the electorates have inured the persistent dereliction of successive governments, and have somehow lost the zeal to decipher between average and worst performances. Consequently, some electorates would cast their votes for the sake of exercising their democratic rights without thinking about the future of the nation.

Thus, politicians in the developing countries having the first-hand knowledge of unreflective thinking skills of the vast majority of electorates, would then resort to material enticement in exchange of votes. Unsurprisingly therefore, the incumbent governments, in their insatiable cravings for electoral victory, would do everything in their power to cling on to power, including dipping their hands into the national coffers. How bizarre?

Paradoxically, elections may be rigged in a number of ways. The election body, in conjunction with the incumbency, may clandestinely increase the votes of the incumbent government through ballot stuffing; caging of the voters list; bizarre rejection of the opponent's share of the votes; placing old and least reliable Biometric Verification Machines in the opponent's precincts or strongholds. Indeed, electoral fraud is real, and not reducible to only developing countries. In 2013, a Councillor from Manchester in United Kingdom disowned his daughter who was his opponent in local council elections.

The daughter, who represented the Labour Party, came victorious in the county council elections. However, her father who was the incumbent and the representative of the UK Independent Party uncovered electoral malpractices and subsequently reported the matter to the police. Her father found out that she had registered four voters from another county in her home address. The Labour Party subsequently dismissed her.

In another instance, prior to the Scottish referendum, several Scottish newspapers reported that children as young as three to eleven years old were being handed with ballot cards. The newspapers alleged that the parents of the innocent children reported the cases to the authorities. If indeed, such stories were authentic, then we can draw an inference that the Scottish referendum was somehow marred with electoral fraud.