Christianity Yet to Save Its First Soul for Elohim’s Kingdom! (Part 2 of 3) 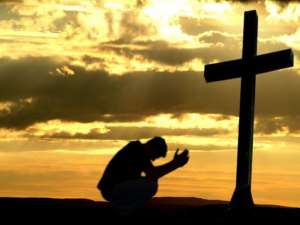 In the immediate post-Ascension era, a new order began rapidly establishing itself on Earth, in and by the name YESHUA, all because Shamayim recognized this name—having made it legal tender to the people of the Earth for the transaction of all businesses with The Throne of Elohim. Whenever the name YESHUA was uttered in faith on Earth, The Throne of Shamayim responded by quickly granting to Earth whatever was sought for in this name!! What perfect harmony between Shamayim and Earth!!

Lucifer, the chief devil, hitherto the de facto ruler of Earth who had had a field day, was now fast losing territory and dominion as the name YESHUA, the only tool and weapon available to loyalists of Shamayim on Earth, won many more people for Elohim! Lucifer watched all this happen, unable to stop this great move of Shamayim.

This display of power in the name YESHUA started around the year 30 CE not long after the Savior's ascension to Shamayim, and continued into the early years of the fourth century when Christianity came about. All that while, Lucifer, the craftiest counterfeiter in the Universe, masterminded and nurtured a subtle plan, with the intent of bringing to an end the success story of the name YESHUA!!

Lucifer capitalized on a number of situations prevailing at the time to advance his diabolical agenda. The main situations were the general rejection of YESHUA as Savior from Elohim by Ivrim (Hebrews)—the very people who had been promised to be liberated from bondage to sin by him—and their hostile attitude toward the few of their own kinsmen who followed him and his teachings!! Another reason was the high populace of Goyim (Gentiles) who were fast accepting the name YESHUA and expressing faith in it! And then, there was also the long held anti-Ivri sentiment by these same non-Yisroel nations.

Capitalizing on these factors, Lucifer tricked Goyim (Gentile) believers of the Savior to change his name YESHUA so they may give him a Goyim personality and image, tailor-made, as it were, to fit into their own peculiar culture and at the same time free them from their perceived Ivri superiority complex over them!!

It seemed as if Goyim were being encouraged to tell Ivrim (Hebrews) that they loved their faith but hated their persons because of their perceived superiority complex over them, and so were making their compatriot Savior, YESHUA, born to save the whole world, their (Goyim's) own by changing his name to look like one of their own Goyim names since they (Yisroel) would not receive him!!

First, Lucifer chose the Greek language, which was very popular among academicians and philosophers then—in which Greek culture, religion, and mythology were intrinsic—into which to translate the Ivri Holy Scriptures so he would distort and pollute and, thereby, render them impotent for the salvation on mankind.

This he did by getting it into the mind of some non-vigilant Goyim followers of YESHUA that such a translation would help popularize the Besuras HaGeulah (the Redemption Message for Mankind, or “Gospel”), or even make this message more appealing, thus making it more accessible to many, and would thereby, speed up the conversion of non-Ivri people of the Earth!

One can always trust Lucifer to seek to trick the good and loyal people of Elohim to do for him, his evil business against Him! Lucifer's trickery of Chava (Eve) in the Gan Eden (Garden of Eden) concerning the forbidden fruit, in being used as an instrument against the Will of Elohim, is a case in point.

Another trick was accomplished by Lucifer when, centuries before the birth of YESHUA, between 280-170 BCE, he used as many as seventy Torah-teachers (Law-teachers) of Yisroel to translate the Tanakh or the Old Covenant Ivri Holy Scriptures into Greek without these teachers being told or assigned by Elohim to do so!

After Lucifer used these seventy leaders of Yisroel to do his bidding by translating the Ivri Holy Scriptures into Greek, he was later to doctor their work by further translating all Ivri names, titles, feast names, some landmarks, etc., also into Greek, thus breaking the rule that names and titles, and indeed all proper nouns in any language, are never translatable into other languages!

This Greek “version” of the Old Covenant Ivri Holy Scriptures is known as the Septuagint Version and its coming was, no doubt, intended to prepare the minds of mankind with the diabolical intent of Lucifer to make mankind believe that, after all, Elohim permits the translation of His Word revealed to mankind in Ivrit into other languages of the world.

This was the reason why some non-vigilant followers of YESHUA fell to the trickery of Lucifer in translating the Brit Chadasha or the New Covenant Ivri Holy Scriptures, so they would eventually merge them with the Septuagint Version, forming the one single book that has subsequently been known as The Bible which has been made available in all manner of languages of the world.

As said earlier, the use of Greek mythology, religion, and culture in translating the Ivri Holy Scriptures into Greek is obvious and very strong in The Bible. Ancient Greeks had ZEUS as the name of their greatest and most revered deity, who they considered to be the Creator of the Universe just as Ivrim hold Elohim as Creator; thereby evolving a false equalization of ZEUS to ELOHIM!!

When Greeks in the fourth century learned from followers of the Savior that the Creator, Elohim, has a Son in YESHUA, they then reasoned that IZEUS or its variant IESOUS (either of which, in fact, means the “son of ZEUS”) must be publicized as the son of ZEUS—thus, misleading translators to think and to equate YESHUA to IZEUS. Eventually, IZEUS became JESUS in English, consigning the name YESHUA to perpetual forgetfulness and irrelevance to mankind!!

Therefore, worship of JESUS is simply, worship of ZEUS through the back door!! Moving or changing faith from YESHUA to JESUS would and should, obviously, land mankind right into the lap of ZEUS and LUCIFER!! See the destructive power of ignorance in all of this??

When Elohim has commanded all His children never to mention the names of deities of the Goyim,—cf. Yehoshua (Joshua) 23:7—by this trickery of Lucifer, people seeking the salvation of Elohim are compelled without they knowing it to always call on the name of the Greek deity, ZEUS, in and by their faith and profession in the name JESUS!! As for today's people of the Earth, they greatly relish their faith in the name, JESUS, ignorant of the harm and dangers it portends for them!!

It is sad to note that a deliberate falsification of Ivri names and fabrication of many more others of Greek origin by bible translators seems to have characterized their work of translating the Ivri Holy Scriptures for reasons best known to them. For example, in Lukas (Luke) 4:27, the King James Version translators rendered the name of the navi (prophet) Elishah, meaning “salvation is from Elohim”, as “Eliseus” of Greek origin—meaning “Zeus is Elohim” or more literally, “Elohim is ZEUS”—thereby deliberately misleading their readers to accept the equalization of ELOHIM to ZEUS!! How could they?? (The concluding part to this article is in Part 3 of 3: Soon to be published).