Stars Round Up Preparations With 2-0 Win 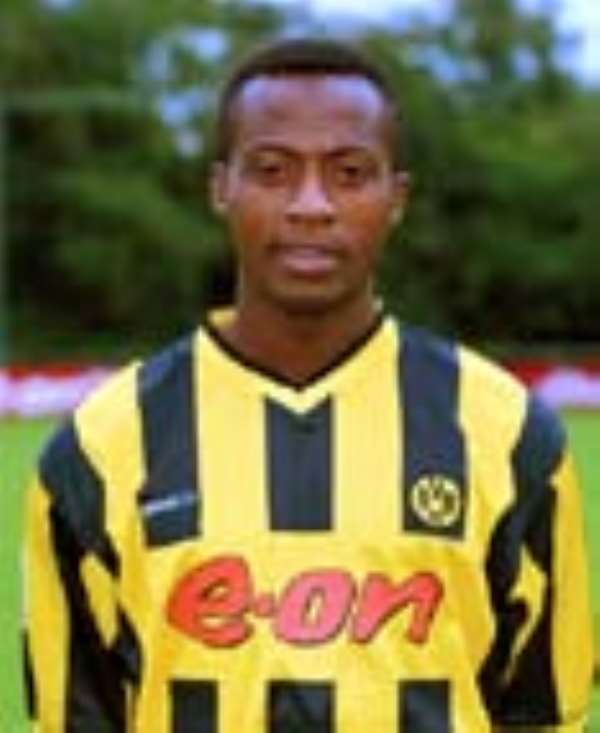 The Black Stars rounded up their preparations for Sunday's world cup clash against the Bafana Bafana with a 2-0 win over King Faisal on Thursday.

Frieburg striker, Ibrahim Tanko, whose now recovered fully from a minor injury, scored the first goal for the Black Stars in the first half.

King Faisal who enjoyed possession for a greater part of the game pushed for the equalizer but hard it tough breaking into the Black Stars rear.

The trend of play never changed with the premiership side dominating play till the half ended.

Back from recess, Ghana coach, Mariano Barreto made some changes to his team.

The substitutions changed the game completely for the Black Stars who played more constructively and possessed the ball for a greater part of the half.

Substitute, William Tierro got the Stars' second goal, putting the game beyond the reach of King Faisal, who hardly threatened the defence of the national side in the second half.

The game was the second test game for the Black Stars after being held to a goalless draw by the Hawks of Togo at the Kumasi Sports Stadium on Monday.

Four suspects arrested over attacks on motorists along GIMPA...
17 minutes ago

Chinese man crushed to death at Suhum
17 minutes ago