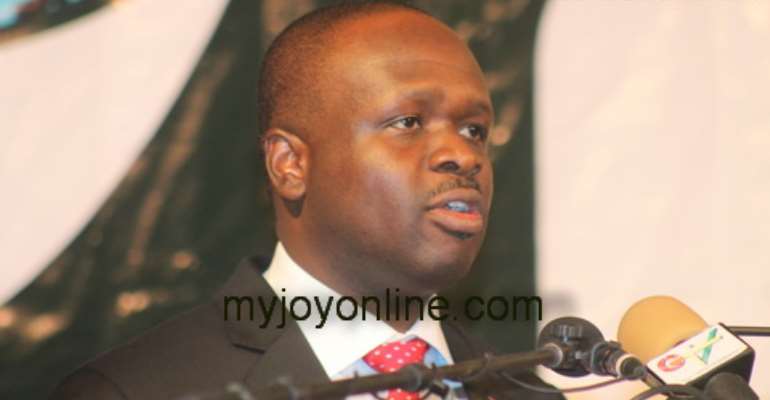 Communications Minister, Dr. Edward Omane-Boamah says government will apply the appropriate sanctions if the Auditor-General's probe into CHRAJ's expenditure proves any malfeasance on the part of the Commissioner.

He said government is determined to ensure that the kinds of imprudent expenditure reportedly engaged in by the Commissioner of the Commission on Human Rights and Administrative Justice (CHRAJ), Ms Lauretta Vivian Lamptey, are curtailed.

She left the apartment and checked into a hotel with her children pending completion of renovation works on the Patrice Lumumba Road bungalow which has taken more three years to complete.

Speaking to the statement on Joy FM's Super Morning Show Tuesday, Dr. Omane-Boamah said government recognizes fully that CHRAJ is an independent organization but to the extent that it is funded by the tax-payer, its expenditure must be a matter of public interest.

After the probe by the Auditor-General, “if there are any breaches…the necessary consequences and consequential actions will be taken,” Dr Omane Boamah insisted.

“We will not be prescriptive at this stage in terms of what the consequential actions to be taken are,” he said, but stressed that government will not shy away from taking action no matter how difficult it may seem.

The Communications Minister maintained that all government appointees or public servants who are entitled to accommodation but have not been allocated same by the state, are entitled to a rent allowance not exceeding 20% of their basic salary.

He said the Auditor-General will establish whether Ms Lamptey's nearly $5,000 monthly rent at the AU Village was consistent with this rule.

It looks less likely that will earn that much.