US To Build Airbase In Ghana? 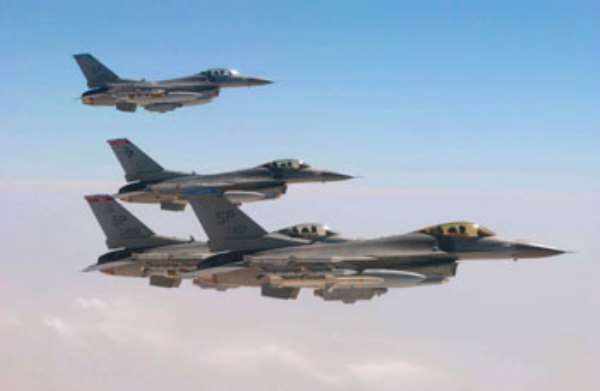 MILITARY AUTHORITIES SAY IT'S ONLY AN EXERCISE FACULTY Former Deputy Defence Minister, Dr. Tony Aidoo says following an agreement signed four months ago between the Ghana Air Force and the US Air Force, the US will build an airbase in Ghana He has therefore asked the Ghana Government not to allow the base in Ghana because the country would be pushed into “a theatre of international terrorism”. But the military authorities in Ghana explained that the agreement was for an Exercised Reception Facility and not an airbase. Dr. Aidoo was speaking at a durbar organised by the 31st DWM for NDC party faithfuls at Tema. “Ghana will easily become a target of various dangerous terrorism networks such as al-Quaeda, he warned, adding that would be an outright sale of Ghana's sovereignty, which he claimed had been weakened by the Non-Surrender Treaty, which Ghana has signed.