Reports From The Ground: How Are TB-HIV Collaborative Activities Being Rolled Out? 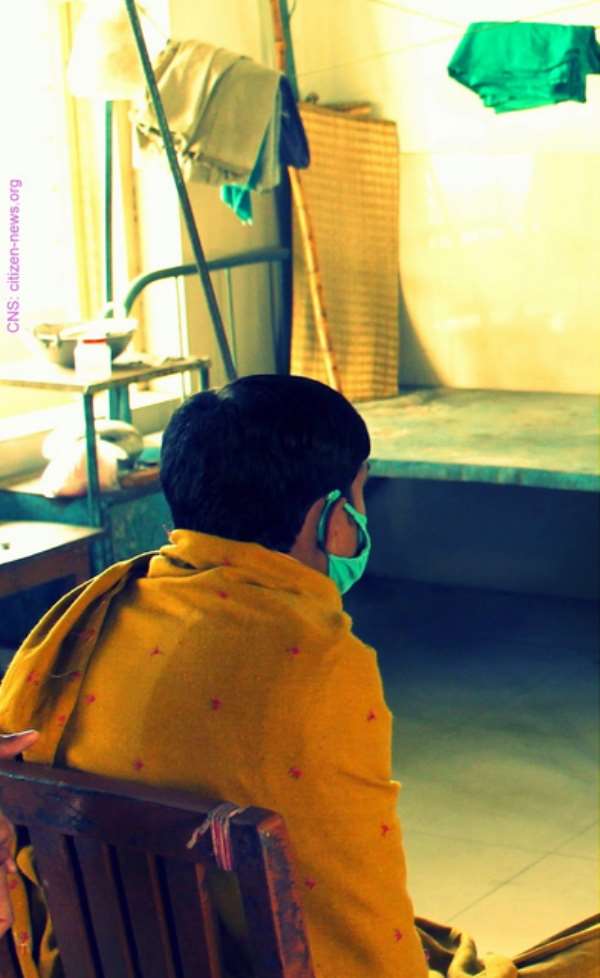 We know that nearly one third of the 35 million people living with HIV (PLHIV) have tuberculosis (TB), and 13% of 8.6 million new TB cases every year are HIV positive. Also 1 in 5 HIV associated deaths are due to TB. Moreover PLHIV are 21-34 times more likely to develop active TB disease than persons without HIV. So it becomes imperative to establish an effective collaboration between two vertical programmes and provide point-of-care services for both the infections through policies that promote effective screening for HIV among TB patients and provide early anti-retroviral therapy (ART) to those who are confirmed to be HIV positive.

Some Asian countries shared their national responses to deal with both epidemics around the 20th International AIDS Conference (AIDS 2014) held in Melbourne. Citizen News Service (CNS) spoke with national TB programme officers as well who were not attending AIDS 2014 to include their perspectives.

CAMBODIA
Dr Mean Chhi Vun, National Centre for HIV/AIDS, Dermatology and STD, Cambodia, informed that prevalence of HIV in TB patients in Cambodia is 6.3% (2009). Dr Vun shared some successes of rolling out TB and HIV collaborative activities in Cambodia. He said that there has been integration of HIV testing in TB services and TB screening in HIV services. HIV screening for TB patients is done at all point-of-care centres and TB screening of all HIV-positive patients is done in all pre-ART and ART sites. He added that for TB and HIV co-infected patients ART is started immediately after two weeks of TB treatment regardless of CD4 count, and for other PLHIV it is started when CD4 count drops below 350.

Dr Vun also shared challenges faced while implementing TB and HIV collaborative activities in Cambodia. He said that as of now there is no provision of isoniazid preventive therapy (IPT) for HIV infected children. According to the World Health Organization (WHO), PLHIV who do not have active TB disease (and only have latent TB) should receive at least 6 months of IPT as part of a comprehensive package of HIV care. So provision of IPT to children living with HIV is missing in Cambodia. Poor followup of TB-HIV coinfected patients to access ART and anti TB treatment is another challenge. Dr Vun said that limited capacity of diagnosis and treatment of multidrug-resistant TB (MDR-TB) is a stumbling block as well. People in Cambodia have limited access to TB rapid diagnostics like GeneXpert.

Speaking about next steps to address TB and HIV co-infection in Cambodia, Dr Vun called for introduction of IPT in HIV infected children. He also said that IPT should be scaled up for PLHIV who are receiving ART. Scaling up implementation of advocacy and community mobilisation initiatives to reduce lost to followup within and between cascade of HIV and TB services is another priority ahead. We also need to monitor and evaluate the performance of IPT, ART and TB treatment in TB-HIV coinfected patients. We need to better integrate infection control in the general healthcare system and not just in TB and or HIV services separately.

VIETNAM
According to Dr Nguyen Hoang Long, Vietnam Administration of HIV/AIDS Control, the estimated TB burden is 130,000, with 256000 PLHIV, out of which HIV associated TB burden is estimated to be 9300. As of 2013 HIV co-infection rate in TB patients was 4.27%.

Enumerating the successful HIV TB interventions, Dr Long said that there are three major steps to prevent TB in PLHIV in Vietnam:

(i) by expanding ART coverage to PLHIV with CD4 count less than 350, by integrating HIV testing into TB, antenatal clinics (ANCs) and methadone maintenance treatment (MMT), and decentralizing HIV testing to PHC level;

(iii) TB screening in PLHIV to rule out active TB, and providing IPT to those without contraindications.

IPT in Vietnam was started in 2009 and now nearly 20,000 PLHIV are treated with IPT. Intensified TB case finding in HIV care settings by screening PLHIV for TB at every visit to HIV clinic and referring suspected cases to TB clinic for further investigation has also helped a lot. There are 32 GeneXpert machines that have been rolled out in Vietnam as of 2014 and around 60%-70% of TB patients have received provider-initiated HIV counselling and Testing (PICT) services in TB settings.

Speaking about ART and TB treatment for HIV-TB co-infected people, Dr Long said that about 60% of co-infected people are on ART and TB treatment which is higher as compared to previous years but still short of the 100% target. Government subsidy for travel costs for the poor people and ethnic minorities, from home to healthcare facilities and food subsidy during hospitalization has also been instrumental in shaping the response.

Dr Long said that one of the challenges that needs to be addressed ahead is to provide ART and TB treatment to remaining 40% TB-HIV co-infected people in Vietnam. He said that TB and HIV services should be integrated in the existing healthcare system and decentralised to the PHC level. He stressed on increasing the number of districts providing PICT, ART, MMT needle/syringe and TB DOTS at one stop. There is a need for clear and specific guidelines to lead coordination and have good linkages between TB and HIV settings to improve provision of timely ART for coinfected patients. Also joint monitoring and evaluation of TB-HIV collaborative activities will further help programme outcomes.

INDIA
Dr BB Rewari of the National AIDS Control Programme in India informed that India accounts for 10% of global HIV-TB burden and is home to the second largest number of HIV-infected TB cases, next only to South Africa. 5% of TB patients are estimated to be HIV-infected. 69% of TB patients knows their HIV status. About 90% TB-HIV co-infected patients are provided cotrimoxazaole prophylaxis therapy (CPT) and 90% of TB-HIV patients are receiving ART.

Speaking about successful HIV-TB interventions, Dr Rewari said that since 2011,India has had a public health approach to implement TB-HIV collaborative activities through working groups and TB-HIV coordination committees at national, state and district levels. There is a 100% coverage of PICT in TB patients. Rapid diagnostics for detection of TB and MDR-TB in PLHIV and GeneXpert were launched at 70 sites in 22 states to improve early diagnosis of TB among PLHIVs.

Dr Rewari said that challenges still remain. Annual notification remains less than 50% of the estimated HIV associated TB cases (130,000/year). Mortality is high and 42000 co-infected patients (15%) die every year. Only 6724/13232 (51%) of the designated microscopy centres (DMCs) have co-located HIV testing facilities. Late diagnosis of HIV and that too at low CD4 count is another formidable challenge. Dr Rewari also pointed out to the leaky care cascade for HIV as it is very difficult to track lost to follow up (LFU) patients. Airborne infection control is difficult due to over-congested health facilities, said Dr Rewari. Another challenge is that cases with extra pulmonary TB (EPTB) might be getting missed. Also there is a poor detection of TB among children living with HIV.

Looking forward Dr Rewari said that Scaling up of systematic infection control interventions by bringing airborne infection control into focus at health facilities and allocating funds for each ART centre for infection control measures is a priority. IPT should get operationalized in 2014 for PLHIVs. Early detection of HIV associated TB and scale-up of HIV testing among presumptive TB cases has already approved by National Technical Working Group and should be implemented well. Scaling up of PICT among presumptive TB cases in high HIV prevalence states and in 25-54 years age group in low HIV prevalence settings is another priority. Travel support for TB-HIV co-infected people is also being planned. Mobility support to senior DOTS Plus and TB-HIV supervisors for better TB/ HIV co-ordination is also being planned. Dr Rewari said that vision of the revised national TB control programme (RNTCP) for 2012-2017 is to have coordinated service delivery with the Department of AIDS Control of Government of India, to ensure that TB patients living with HIV, receive seamless care for both the diseases.

THAILAND
In an interview with Citizen News Service (CNS), Sirinapha Jittimanee of the National Tuberculosis Programme in Thailand, shared the successes and challenges of TB-HIV collaborative activities in Thailand.

KEY CHALLENGES/NEXT STEPS: Less involvement of civil society partners in TB programme is a challenge. While a very large number of civil society organizations partner with the National AIDS Programme, only 2-3 organizations partner with National TB Programme. Having more peer groups among PLHIV can help in increasing TB screening of PLHIV as they have a range of initiatives to support each other. Having more partners from civil society will definitely improve programme outcomes.

Community engagement is another area of concern. Community engagement has reduced stigma and discrimination related to HIV. But in case of TB this is not happening effectively. Thailand health system is such that community hospitals play a key role in TB diagnosis and treatment. But community hospitals often have weak linkages with the community. Community can help support lot of activities of TB programmes to strengthen them, increase performance of DOTS, provide patient support as TB patients mostly are very sick and peer support will help a lot. Community organizations can help very sick TB patients as well.

In Thailand, collaboration with National AIDS programme is somewhat passive so this perhaps can be improved, said Sirinapha Jittimanee.

Dr Anthony Harries, Director, Department of Research at the International Union against Tuberculosis and Lung Disease (The Union) also insists that, “A more formal collaboration between the TB and HIV/AIDS Programme, is needed to reduce TB related deaths in PLHIV. Better control of HIV and instituting widespread ART will be crucial to reduce the risk of TB in high HIV-prevalence areas. The important thing is to test all TB patients for HIV, ensure good post-test counseling, and start all HIV infected TB patients on cotrimoxazole preventive therapy and ART as soon as possible.”

Shobha Shukla, Citizen News Service (CNS)
(The author is the Managing Editor of Citizen News Service - CNS. She is reporting from the XX International AIDS Conference (AIDS 2014) with support from the World Health Organization (WHO) Global Tuberculosis Programme. She is a J2J Fellow of National Press Foundation (NPF) USA and received her editing training in Singapore.