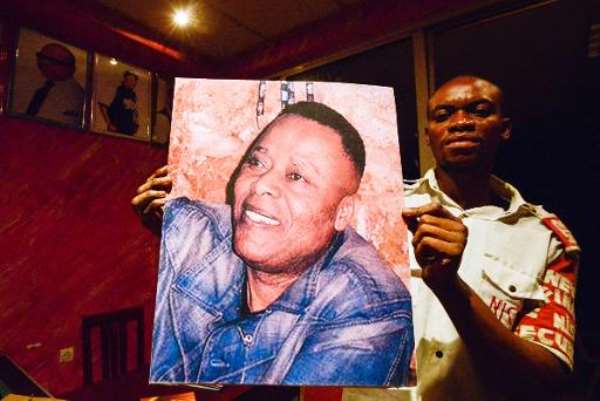 Kinshasa (AFP) - Several people died in a stampede in the Democratic Republic of Congo on Friday during a tribute festival for the late African singer King Kester Emeneya, the local government said.

Crowds were massed in Emeneya's hometown of Kikwit to celebrate the memory of the popular and innovative Congolese singer who died in Paris in February and was buried in the Congolese capital Kinshasa.

Several people were killed in the crush, the provincial government of Bandundu said in a statement, blaming the "enthusiasm of the audience".

"A rush due to the infatuation of the public, who came in large numbers to watch events marking the first edition of the festival (...), led to the death of people and damage to property," the statement said.

It did not give a precise death toll but said a security committee had been convened to investigate the incident.

The authorities have cancelled the festival that was held in honour of Emeneya, who introduced electronic instruments such as the synthesiser to Congolese music.

Thousands of people attended his Kinshasa funeral on March 2 after he died from heart problems in France at the age of 57.

King Kester Emeneya, whose given name was Emeneya Mubiala Kwamumbu, enjoyed a three-decade career in music, with hundreds of songs to his name.

He sung for several years in the Viva la Musica band led by Papa Wemba, who won renown by helping to bring the highly popular sound of Congolese rumba to an international public.

Emeneya went on to form his own group called Victoria Eleison, which celebrated 30 years of making music in 2012.

The band gave concerts in a range of countries across the world, while Emeneya acquired a reputation as a very snappy dresser.

He followed the activities of Sape, a society of self-proclaimed "elegant people" who revere fashion designers like Gaultier, Dolce&Gabbana, Cerruti and others almost as gods. But clothes vaunted by this movement are way out of reach of at least two-thirds of the population, which lives on less than 1.25 dollars (less than one euro) a day.