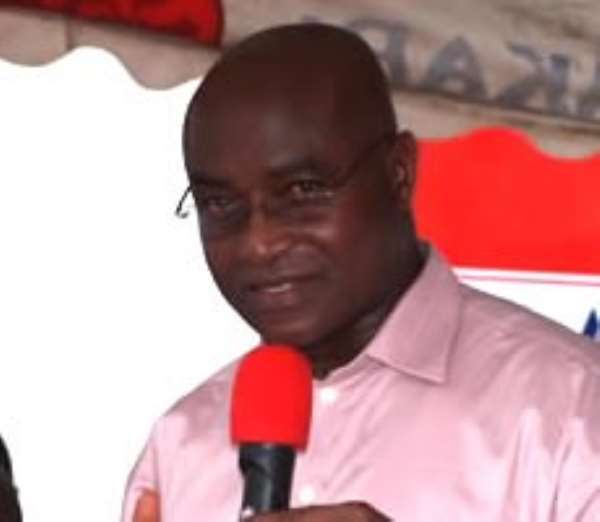 Tamale, April 23, GNA - Mr Osei Kyei Mensah-Bonsu, Minority Leader in Parliament has stressed the need for Parliament to be made financially autonomous from the Executive, in order to strengthen its oversight role more independently.

He said when the law-making arm of government was made financially independent from the executive, it would be able to monitor the financial expenditure of government more expediently, which would help reduce corruption and financial misappropriation to facilitate the needed development to the people.

Mr Mensah-Bonsu made this suggestion in Tamale on Tuesday during an outreach programme organized by Parliament in collaboration with STAR-Ghana and the Northern Network for Education Development (NNED), to educate the public about the role of Parliament.

He said due to financial difficulties facing Parliament, it sometimes has to beg the Finance Minister for the release of funds, which compromises and weakens the role of the House.

The minority leader also blamed some of the weaknesses of Parliament on extreme partisanship and high attrition rate, and suggested the need for Parliament to perform its statutory functions without partisanship, and appealed to the electorate to vote and keep Members of Parliament a little longer to be able to deliver positively.

Mr Mensah-Bonsu also observed that Ghanas Parliament has been weakened by the constant switch from one form of government to another, explaining that Ghana has been moving from Westminster to Presidential systems, and later to the fusion of both, saying, The Westminster system of government is the best for the country.

He indicated that the presidential system of government breeds corruption, and therefore, a bane to the socio-economic development of the country.

He noted that it was possible for the country to be governed by a government with minority members in Parliamen, adding that I am yearning for such a system in Ghana.such a system can put the executive on its toes and Ghanaians will get the best.

Mr Mensah-Bonsu said Ghana would be able to develop well if it had competent and strong Parliament, which would not be subtly treated by the executive and that a government with minority in Parliament would be the best.

He stressed that if the New Patriotic Party (NPP) had won the election petition last year, such a system could have been introduced in the country for the first time, where a ruling government would have minority members in Parliament.

Mr Ahmed Ibrahim, Second Deputy Majority Whip, explained that Parliamentarians role is basically to make laws for the country and that aside law making; it keeps the executive in check, to ensure accountability.

He said the House checks the Executive to prevent it from the abuse of the public purse, and explained that some other functions of MPs take place during committee levels where various issues are discussed.

Mr Gaskin Dasah, NNED Coordinator, urged Parliamentarians to suggest useful strategies to ensure that the falling standards of education in the country are addressed.

He urged Parliament to devise strategies to prevent teachers from using their instructional hours to pursue further studies through the distance learning programme.