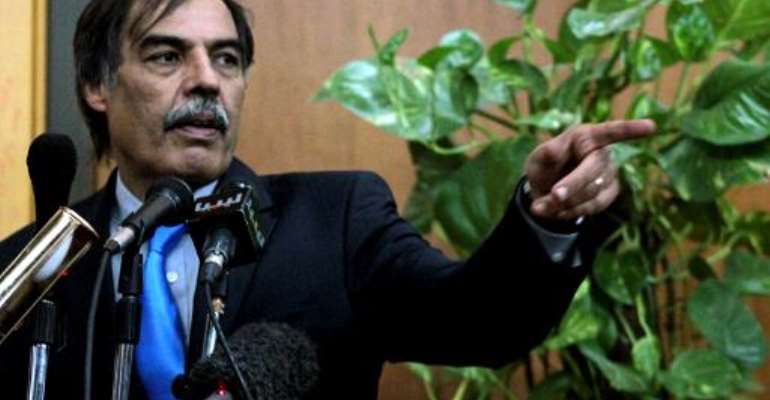 Libyan politician Ali Tarhuni, seen at a press conference in the eastern city of Benghazi on October 25, 2011. By Abdullah Doma (AFP/File)

Tripoli (AFP) - Ali Tarhuni, a liberal politician and former rebel minister, was elected to head Libya's constituent assembly, a spokesman for the body charged with drawing up a new constitution said Tuesday.

Tarhuni, an exiled opponent of dictator Moamer Kadhafi, returned to Libya to take part in the 2011 revolt which toppled his regime.

He held a ministerial post in a transitional government set up by the rebels, and went on to found the National Centrist Party, part of the liberal National Forces Alliance.

Libya's constituent assembly launched its work Monday in Al-Baida, in the country's east.

But 13 of the 60 assembly seats remain vacant, after unrest in certain areas stopped voting in a February 20 election to choose the body.

A date for a new poll has yet to be set.

The body, which has 18 months to prepare a draft constitution, is based in the eastern town, as it was for a 1951 charter which Kadhafi abolished in 1977.