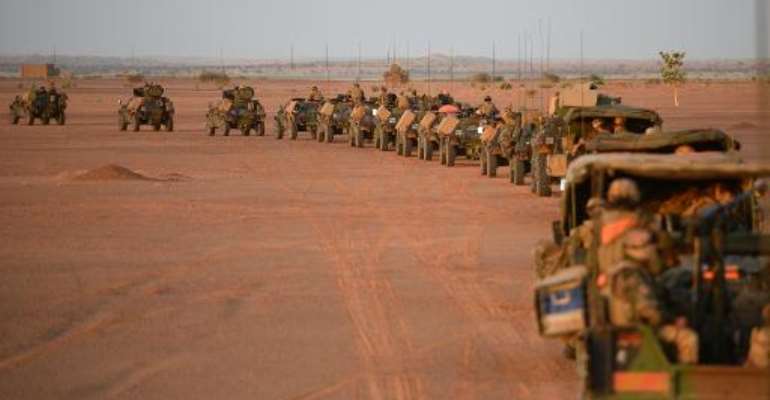 A French army convoy leaves camp at sunrise on November 2, 2013, near Gao in northern Mali. By Philippe Desmazes (AFP/File)

Luxembourg (AFP) - The European Union on Tuesday agreed to launch a new mission to boost police and national guard forces in Mali, its second operation in the vast African nation threatened by Islamist rebels.

The mission "is a further demonstration of the EU's commitment to supporting reform in Mali", said the 28-nation bloc's foreign policy chief Catherine Ashton.

The current mission was set up in February last year to train Malian troops after the army all but collapsed as Islamists marched south towards the capital before being halted by French troops.

EU foreign ministers meeting in Luxembourg also approved a second two-year mandate until May 2016 for the 560-member EU training mission that includes soldiers from the Franco-German brigade operating in Africa for the first time.

The cost for the period for the EU training mission (EUTM Mali) is estimated at 27.7 million euros ($38.3 million), with four more Malian battalions of around 650 troops due to be trained.

The new police-training and support mission, known as EUCAP Sahel Mali, is expected to be made up of several dozen people and to begin for a two-year period with an initial nine-month budget of 5.5 million euros.