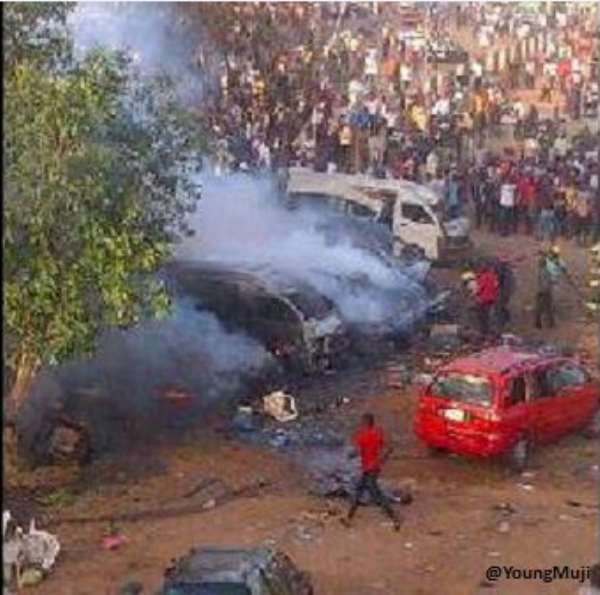 Vice Chairman, Senate Committee on Niger Delta Affairs, Senator Nurudeen Abatemi-Usman has appealed to terrorists in the country to have a change of heart and stop the killing innocent citizens.

The Senator, representing Kogi Central Senatorial District made the plea in a statement issued by his media assistant, Mr. Michael Jegede, to condemn the action of those responsible for the bomb explosion that occurred at a motor park in Nyanya, a satellite town of the Federal Capital Territory, FCT, Abuja, on Monday.

Abatemi-Usman described the incident which was confirmed to have claimed over 71 lives and left 124 people injured with 16 luxury buses razed and 24 others destroyed, as barbaric and ruthless, wondering what the perpetrators intend to achieve from their heinous act.

'I sympathize with the families of the victims of the ugly incident of bomb explosion that took place today (Monday) at a motor park in Nyanya, Abuja. May God grant the families of the deceased the fortitude to bear the irreparable losses and quick recovery to those that sustained varying degrees of injuries. It is sad that we have continued to witness on a daily basis the unjustified massacre of guiltless Nigerians from different parts of the country, particularly, the northern region. I just cannot imagine why some people do not have single regard for the sanctity of human lives and would for whatever reason resort to the wanton killing of their fellow human beings,' Abatemi-Usman said.

He added that 'the time has come for us to come together as a people, regardless of tribe, ethnic groupings, religion and political affiliations to assist the government and security agencies in tackling this menace of terrorism that is hitting us in the face. Government on its part must intensify effort in dealing with the issue. We cannot continue like this. These killings must stop. Those behind it must have a rethink, embrace dialogue and allow peace to reign supreme in our country. We cannot continue to live in fear and sleep with our eyes open.'