Criminal who smears body with shit to escape arrest grabbed 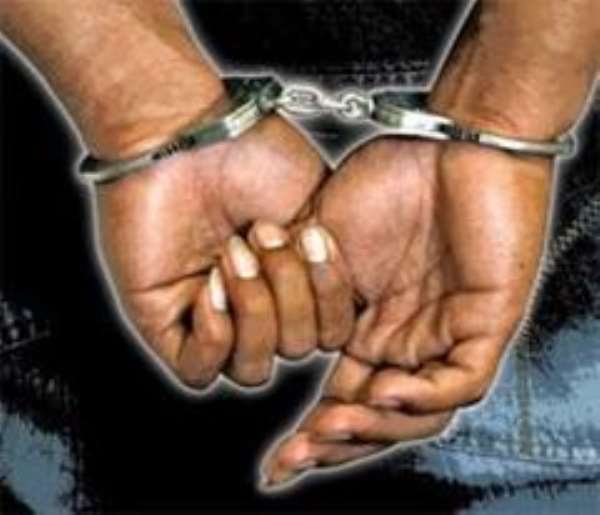 Aflao, March 29, GNA An Aflao-based creepy and hardened criminal, who would smear his body with faeces to escape capture has finally been nabbed.

George Nii Dodoo Blankson, alias Yaro Badzi, 35 was last Monday overpowered by two border operatives, even though he had again smeared his body with faeces.

A source close to the operatives told the GNA, Blankson last week assaulted a Quarantine officer (name withheld) at the border and escaped across the frontier into Lome, Togo.

He said Blankson was however arrested in Lome the following day.

The Source said, while being taken in a taxi cab to the Aflao police station, Blankson suddenly complained of stomach crunch and stretched a hand into his underwear and pulled out a gob of shit.

He said Blankson then began smearing himself, the police and the complainant with the faeces to facilitate his escape, but was overpowered.

The Source said at the station, Blankson was given water to wash down before he was placed in custody.

Police records indicate that Blankson was being sought on suspicion of money snatching, theft.

He was alleged during that episode to have smeared himself and five Immigration officers and succeeded in escaping.

Blankson has since been put before an Aflao Circuit on charges of Assault and Offensive Conduct and was remanded to be brought before the court again on April 7, this year.