Boko Haram, Jonathan and A Nation Without Empathy--Final Part 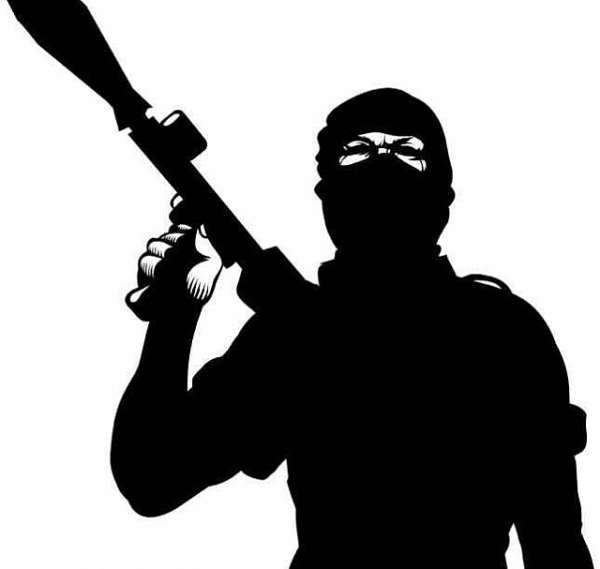 On January 14th 2014 at least 50 innocent Nigerians were blown to pieces by a Boko Haram suicide bomber in the heart of Maiduguri, the capital of Borno state. Not too long before then they attacked an army barracks in Borno, killed 200 soldiers, carted off the wives and children of our military personnel and burnt the barracks to the ground.

A few weeks prior to that, numerous schools were attacked and hundreds of our children were either shot to death, hacked to pieces or had their throats cut and blood drained. Consequently many schools have been closed down in Borno and Yobe states respectively.

A few weeks back no less than 160 of our soldiers were killed by Boko Haram in one skirmish simply because they ran out of bullets. Worst still it has been generally acknowleged that the Boko Haram fighters are better equipped and better supplied than our soldiers. Goodness me....what a mess.

Finally no less than 130 churches were burnt down in Borno state in 2013 alone and the Catholic Church alone lost 53 churches out of that figure. All in all Nigeria has lost almost 8000 innocent civilians to Boko Haram in the last three years and that includes women and children. It does not however include the vast number of women that have been captured and kidnapped by them and that are now being used as sex-slaves.

All this and yet some complain about the fact that I recently wrote that we have a ''President without balls'' who is simply incapable of facing the challenge of Boko Haram. Given his accursed weakness in the face of what is undoubtedly the greatest insurgency and rebellion of our time since the civil war and given his inability to behave like a real Commander-in-Chief and to properly engage and crush the enemy, I do not regret my choice of words (or title) for that celebrated essay. As a matter of fact I ought to have gone much further because our President deserves far worse.

As I wrote in another contribution almost one month ago, ''the problem that we have is the President himself- a President who prides himself on his own weakness and incompetence. A President who is as confused and as clueless as the comic character called Chancey Gardner in the celebrated 1970's Peter Seller's Hollywood blockbuster titled ''Being There''. A President who does not understand the meaning of the word ''class'' or ''honesty'' and who breaks his own word consistently.

A President who has abdicated his responsibilities, destroyed his own political party, divided his own country, alienated his own friends, humiliated his own mentor, abandoned his own people, brought ridicule to his own faith, cowers before his own officials, betrays his own governors, scorns his own allies and breaks his solemn oath to protect and defend the Nigerian people. He is the problem we have in our country today and until he resigns, is impeached or is voted out of power nothing will change and Nigeria will continue to go from bad to worse. That is what you get when you vote for a man who never wore shoes to school'- ('JONATHAN, TUKUR AND A GOVERNMENT OF JEZEBELS', Premium Times, 19th January, 2014).

Under this administration Nigeria has been turned into one of the most blood-soaked and blood-drenched nations in the world where lawlessness and terrorism holds sway and where human blood is the currency. It is no wonder that President Goodluck Jonathan has been endorsed for a second term by a motely and hitherto unknown group known as the ''Witches and Wizards Association of Nigeria''. As my good friend and brother and the Kakaki Nupe, Mr. Sam Nda Isaiah, recently wrote in response to this rather strange ''endorsement'' from an equally strange group- ''the devil is a liar''.

Each time a precious soul is snuffed out and a life is cut short by Boko Haram, whether that person be a christian or a Muslim, or a northerner or a southerner, it takes something away from our collective humanity and it wounds our nation's soul. Worse still it diminishes us before the entire world and confirms the fact that our country has been turned into a human abbatoir and slaughterhouse where, no matter how many innocents are butchered, no-one really cares anymore.

Such matters no longer even make it to the front pages of our newspapers anymore and neither do our politicians or newspaper columnists even talk or write about it anymore. All that stopped long ago and now we see such atrocities as a norm that we must just accept and live with. We have accepted it as our ''lot in life'' and, as our President said last year, we regard it simply as ''Nigeria's contribution to the war against terror''. Early in 2013 our President also said that he regarded Boko Haram as his ''siblings'' whom he ''could not move against'' whilst Alhaji Bamanga Tukur, the erstwhile National Chairman of his political party the PDP, described them as ''freedom fighters''. Can you imagine that? These are commendations from Mr. President and the then serving National Chairman of the PDP for Boko Haram barely one year ago. Jumping Jehoshaphat.

It is only in Nigeria that a terrorist organisation can kill thousands of it's citizens in the most brutal, violent and horrendous manner and yet the President and the National Chairman of the ruling party still feel comfortable and safe with calling them their ''siblings'' and ''freedom fighters''. What a terrible insult this is on the Nigerian people and what a bitter pill to swallow for the family members of all those that have been killed in the last three years by these terrorists.

I really do wonder whose ''freedom'' Boko Haram is fighting for, whose interest they seek to further and protect and what blood ties exist between them and our President. What a shameful and insensitive set of leaders we have and what an indolent and insensitive followership who are not prepared to call them to order and keep them on their toes when they make such outrageous comments and who have absolutely no empathy with or sympathy for the many victims of Boko Haram.

The truth is that we as a people have lost all sense of compassion and decency when it comes to such matters and our feelings and conciences have become seared. To the majority of Nigerians those precious souls and compatriots that have been killed by Boko Haram over the last three years are just a number- they are nothing but distant names, from a distant place, belonging to distant figures.

There is simply no sense of national outrage from our people about this insidious rebellion and about these brutal killings and vicious attacks and neither is their any sense of urgency on the part of our government to bring it to an end. Given the way we conduct ourselves one would not have thought that Nigeria is currently enmeshed in the most brutal war against terror in it's entire history.

Yet as we go on with our day to day business and act as if all is well thousands are being killed in the north-eastern part of our country by Boko Haram. There can be no greater evidence of man's inhumanity to man when one considers our attitude. Such inhumanity and insensitivity to the plight of others has taken firm root in the Nigeria of today. What a monuemental tragedy this is. When did we, as a people, degenerate to this abysmal level of lack of empathy and when did we stop becoming our brother's keeper?

As millions of Nigerians joined the rest of the world to celebrate Valentines day last week, I hope that they found it in their hearts to spare a thought and say a little prayer for those whose loved ones were not with them on that day, or indeed on any other day, simply because they had been murdered or kidnapped by Boko Haram.

May God heal their wounds and have mercy on them even as we grieve with them. And may God forgive our President and the majority of the Nigerian people for simply ''not giving a damn'' about their sad and unfortunate plight.

The author has 340 publications published on Modern Ghana.