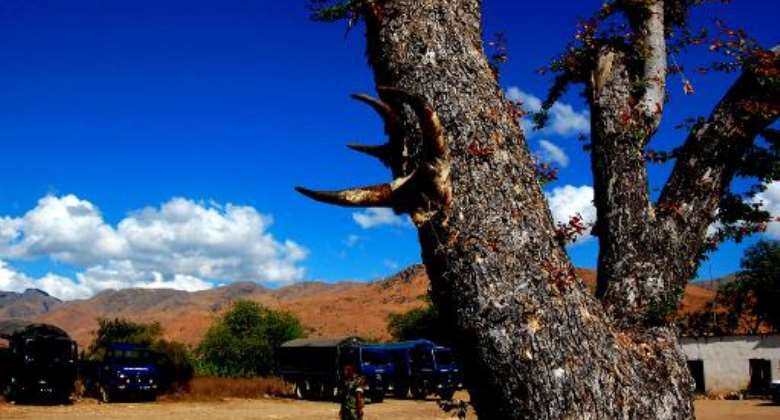 This picture taken in Esira, southeastern Madagascar, on June 27, 2012 shows zebu horns hung on a tree to bless a military camp. By Bilal Tarabey (AFP/File)

Antananarivo (AFP) - Fifteen cattle-rustlers have been killed in skirmishes with paramilitary troops in Madagascar, a gendarmerie spokesman said Saturday.

Authorities on the Indian ocean island are battling to contain the theft of zebus by so-called "dahalos", tribesmen whose one-time tradition of stealing cattle to prove their manhood has reached increasingly criminal dimensions and left hundreds dead in recent years.

The incident happened in the Vangaindrano district on the island's southeastern part after the rustlers stole the animals in the morning, Fidelis told AFP.

He could not confirm local media reports that the thieves had also taken a woman and child hostage and killed two villagers.

Hundreds of people have lost their lives on the island nation since 2012 in clashes between the rustlers, villagers and security forces.

The government has deployed special forces to try curb the crime, but with limited success so far.