PPP At Christmas: Eschew Corruption And Greed In 2014 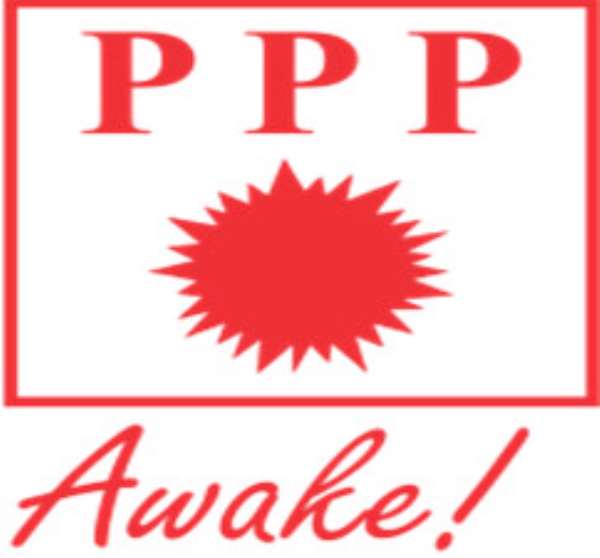 The story of the birth of Christ talks of God giving his only begotten Son to become our Saviour and Redeemer. We are told of how Mary, the mother of Jesus also gave up her body to take a seed for Jesus to be born. Joseph gave up his pride as the fiancé of Mary.

The King, Herod gave a decree for a census to be conducted. The Inn attendant gave up the backroom where Christ was born in a manger and finally Christ paid the ultimate price for the world to have salvation!

The story of the world's greatest leader being born in a manger demonstrates the need for humility in those who have the rare opportunity to serve their people either directly in politics or in public service in general.

We wish to remind all Christians in particular and Ghanaians in general of the relevance of these virtues today in our body politic as we strive to better the lots of our citizens. Christians in private and public service must lead by example and eschew corruption, greed and self-service.

Corruption is the single most potent enemy of the State and the fight against it cannot be left to politicians alone. The fight against corruption must begin from the Church and Christians must lead the crusade to save this country from the economic quagmire. Let us be reminded of Jesus' admonition in Mathew 5:13-16 that we are the salt and the light of the world. Therefore, “Let your light shine before men in such a way that they may see your good works, and glorify your Father who is in heaven”. (Mathew 5:16).

The PPP wishes to remind all Ghanaians to reflect upon the challenges that confront our nation's development and accept the invitation to join us in our reform agenda. The PPP has called for electronic voting in future elections to reduce the human interventions and the large number of rejected ballots that affect the integrity of declared results, the direct election of all MMDCEs, the strict separation of powers between the executive and the legislature, the public declaration of assets by public officers and the separation of the Attorney-General's Office from the Minister of Justice, as the steps required to end corruption as we now know it.

We believe these institutional changes will ensure greater accountability and transparency from our elected officials as we begin the New Year as an insurance against incompetence, resource mismanagement, corruption, diseases, poverty, ignorance and unemployment.