Zimbabwe customers storm bank after it runs out of cash 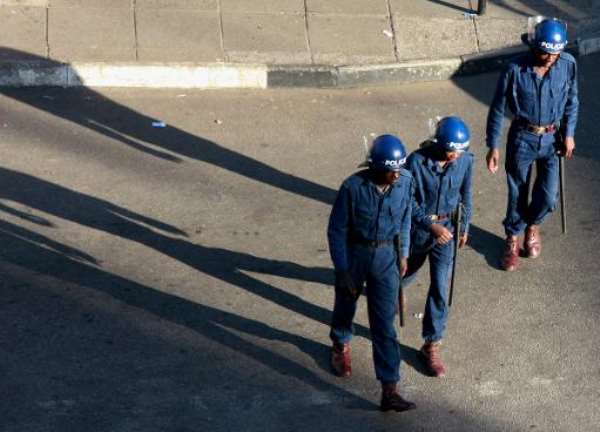 Harare (AFP) - Angry depositors forced their way into a banking hall and attacked a manager in the Zimbabwean capital on Monday after the bank ran out of cash, witnesses said.

A witness, who refused to identify herself, said the depositors were waiting in a queue outside the bank in central Harare when a quarrel broke out with the manager at Allied Bank, one of several battling to pay out deposits.

"The bank manager confronted a customer in the queue who shouted at the manager querying where their money had gone," the witness said.

"The people got angry and started shouting at the manager and kicked the door of the banking hall where the manager had retreated. They scattered when a (bank) security (guard) fired teargas."

Another witness said he heard angry shouts and some thuds while he was standing across the road.

When AFP went to the scene, riot police were milling around the area, while shards of glass were strewn at the bank entrance.

Allied Bank chief executive Stephen Gwasira apologised for the incident blaming it on "prevailing cash shortages" and said the bank was "making aggressive efforts to address the challenges".

The bank is among several battling to stay afloat as Zimbabwe's economy continues on a downturn and the number of people still able to put savings in the bank are dwindling.

In recent weeks the bank has been limiting daily cash withdrawals to $50 (37 euros) resulting in queues at most of the bank's branches.