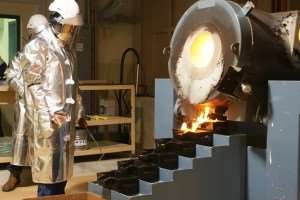 Newmont Ghana is pleased to announce that its Akyem operation in the Birim North District of the Eastern Region of Ghana has safely and successfully achieved commercial production, on-budget and on-schedule.

“I would like to thank our employees, business partners and host communities for the important role they played in bringing this project into production safely and responsibly,' said Dave Schummer, Regional Senior Vice President.

'As Akyem moves into operation, we remain committed to work in partnership with our employees, communities and government to bring world-class environmental and community development practices to our host communities and to Ghana as a whole.'

From the commencement of construction in the first quarter of 2011, Akyem employed more than 4,200 people who worked a combined 16.9 million hours with a strong safety performance.

Akyem will employ about 1300 employees and contractors. Newmont Ghana has also agreed with the mine area communities to source a significant number of Akyem's workforce from its host communities.

Newmont Ghana is committed to being a significant contributor to national development through applying high environmental practices, safety measures, and social responsibility as the company strives to be the most valued and respected mining company through industry leading performance.

·          Commercial production achieved in line with original expectations; in last quarter of 2013