The Coalition For Integrity In Governance calls for the president 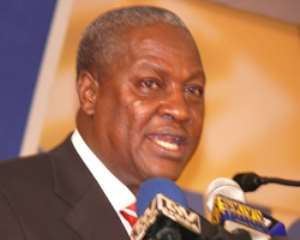 The Coalition For Integrity In Governance wishes to draw the attention of the government to the plight of the people due to the current challenges facing our economy. As well-wishing citizens of this republic, we deeply appreciate the efforts made by the government to tackle this economic hardship. We fully support the government in any measures that will be put in place to curb the situation. We strongly believe that, the government will surely deliver on its campaign promise to the good people of the republic of Ghana. We believe in the competency of all government appointee across the length and breadth of this country. As we all know the principles of the party on which ticket's this current government won the election is for accountability, transparency and social justice. It will therefore be mischievous on the part of any citizen to think that, the government is not concerned about the current economic situation and the suffering of the good people of Ghana.

In as much as we appreciate the efforts of the government, we also wish to draw the attention of the government to the fact that, less than over 24million people in the country, only 740, 000 people are workers in the civil service according to the most recent population and housing census published in 2012. In fact, these people who are just 6% out of the total population of this country take over 60% of the total revenue of the nation, leaving the 40% for the rest of over 23milon people to share. I think no state can be prosperous with this kind of economy. This kind of economy tells you that there is hardship in the economy. People are unable to pay for their School fees, light bills, water bills and so on. Even the fewer people who are working in the government sector are complaining of less motivation. Upon these circumstances workers are still doing their best in serving their mother land. It will therefore be very unfair on the part of government through PURC to increase utility bills to unbelievable percentages. Water has been increased by 52%, electricity has also been increased by 79.5% and worse of it all is the recent increment of fuel,Which the workers in this country through their mother congress (TUC) agitating vehemently against and we think they are on the right course. This calls for the concerns of the civil society, elite, all political parties to remove their political spectacles and tackle the issue to the betterment of this country. In fact they must be commended for their charitable behavior exhibited towards the government. TUC first gave the government 10 days ultimatum to change its decision as far as the tariff increment is concern. Upon hitting the 10 days deadline, well-wishing citizens pleaded to the TUC to give the government a second chance to rethink which they agreed to comply with. In spite of all these COFIG would also use this opportunity to call on TUC and the good people of Ghana to exercise a little bit patience on the government and give him the chance to put things in odder instead of going on nationwide strike. In our candid opinion strike is not the only way to iron out our differences. We foresee the future implication this particular strike will bring on the nation if it comes on.

Again we strongly disagree with the assertion that, the tariff increment is the only way to revamp the capacity of the ECG. It is in the records of the ECG that a lot of companies including government institutions are owed them huge sums of money. A well-known company in this country is owing ECG hopping amount of 80 million dollars and little or no efforts has been made by ECG to retrieve the money. In addition, a lot of people are connected to the national grid through illegal means with the aid of some ECG officials. The most pathetic aspect of it is that, workers of the ECG including board members receive gargantuan board allowances, which we believe if it is stream down, it will help to ravel some of the challenges.

We therefore suggest to the government to give the collection of electricity bills to an expect private company as the calls center was handle by private call center company and let the target be reached. That will bring down the illegal connections and also refusal to pay bills after using the utility. We know it is impossible for a company like ECG to run lost and still demand more moneys from the government and I think we must relook into that .

We are also calling on president Mahama to be in charge of leadership in this country and not to allow some destructive tendency element that surround him to dictate for him. We believe he is a fine and hardworking gentleman, as such, we expect him to call some of his appointees and so call special aids to order in their unfortunate ways of respond to comment made by a very respectable people of this country who express their views on national issues. We believe such people are doing more harm to his government than good. Their action will deter people with innovative ideas from contributing their quota to the national issues. It is obvious that when everybody decides to sit down unconcerned things will get out of hand. National development involves everybody including even immigrants. It is therefore on this ground that COFIG is calling on the president to crack the whip on his appointees whose gourd is odd. With this Ghanaian will believe that president Mahama is indeed a decisive leader.

We think it will be unfair on the side of any good citizens of this country to blame the current government so much on the ongoing economic hardships in the country. We should not forget that, the hardship in the country cannot be attributed only on mismanagement of the economy alone. But let also take into consideration that, this country came to a standstill due to the election petition in the country which scared investors to pump their money into the economy. In spite of all these, we would like to appeal to good people of this country to stay calm and have full confidence in the government to deliver on its campaign promise it made to good people of this country during the 2012 presidential election campaign. We also call on all workers to give up their best despite all the challenges facing mother Ghana, we own future generation a good and befitting country to live.