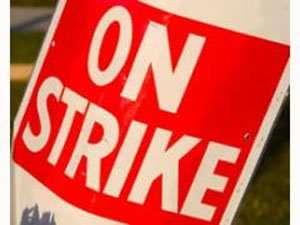 Ghana continues to emit worrying signals. Security experts and observers are beginning to fret over the repercussions of a situation where the people can no longer contain the economic crisis the country is mired in.

Strikes here, strikes there in the light of high utility bills almost beyond the pockets of most Ghanaians who are being told to sacrifice for a certain Nirvana is doubtlessly a situation which the government ignores at its peril.

Were the country to be a ship, it could be said to be listing dangerously under pressure from self-created anomalies.

There is a spectre of eeriness about the country which we are apprehensive about. This is exactly what some observers including the President of the policy think-tank, Imani, Franklin Cudjoe spoke about yesterday.

The deteriorating economic situation, against the backdrop of almost daily revelations about one form of corruption or the other at the highest echelon of government, continue to find space on the pages of newspapers. For how long will the people continue to tolerate this creation, sharing and looting of the public kitty syndrome?

We pray that the propaganda unit of the government, the Information Ministry, consider the subject under review dispassionately and stay away from insulting those pointing out the challenges and how to manage them. This is what the country wants now and not the old order where negative revelations elicit vitriolic remarks.

Ghana under the current situation cannot contain any of such propaganda, given the crisis stage the economy has reached. In fact Ghanaians are supersaturated and can no longer absorb the propaganda in the light of the indisputable corruption in which the country is now steeped in.

One thing which cuts across the expressions of most Ghanaians is the growing disillusionment about any light at the end of the dark tunnel we are holed in.

The absence of war does not suggest peace and for those who think the seeming subservience of Ghanaians means the 'business as usual' mentality would hold indefinitely, they cannot be right as surmised by the Imani President.

We cannot distance ourselves from this standpoint but would rather add that when matters get to the brink and the youth hit the streets out of frustration, they cannot be cowed into submission without consequences.

Yesterday Ghanaians got wind of a possible increase in the prices of petroleum products at a time when the controversy surrounding the hike in utility prices was unresolved.

Those who heard the piece of bad news wondered how they and their compatriots could cope with the already bad situation.

We would be living in denial when we pretend that all is going to be well anytime soon as the President's prognosis suggested when he sought to calm the nerves of his compatriots.

Many developments are unfolding which point at a government confused and floundering at the wheels of the ship of state.

Observe the countenance of most Ghanaians as they walk in the streets and the spectacle of disappointment and frustration stands out clearly and frighteningly on their faces.