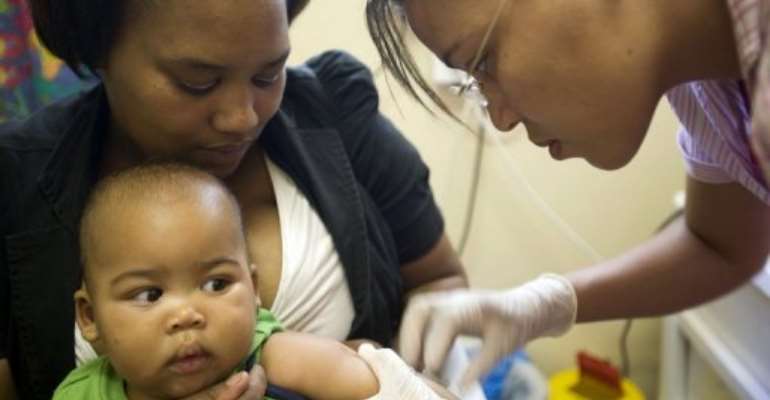 A nurse injects a child with a new TB vaccine on January 27, 2011, in Worcester, South Africa. By Rodger Bosch (AFP/File)

If accepted, the reforms will facilitate the production of cheaper, generic medicines, according to Doctors Without Borders (MSF) and local AIDS-activist group Treatment Action Campaign.

The policies "set the stage for changes that promise to increase competition in the pharmaceutical sector and lower the price of medicines in South Africa," the group said in a statement.

"This allows companies to extend the life of their monopolies, block competition from generic manufacturers, and charge inflated prices for medicines in both the public and private sector," said the rights groups.

The new patent policies will allow the production of generic medicines and grant over five million South Africans living with AIDS or multi drug-resistant (MDR) tuberculosis access to treatments.

The country's powerful drug-makers treated the draft with caution.

"We would support anything that would increase IP (intellectual property) protection," said Val Beaumont, who heads the Innovative Pharmaceutical Association of South Africa.

The Department of Trade and Industry invited public consultation on the text until October 4, though the policy could take years to finalise.

According to the document, South Africa does not have a written national IP policy which has led to a fragmented approach to such matters.