Crazy Gabby Writing His Own Judgment On Petition Case 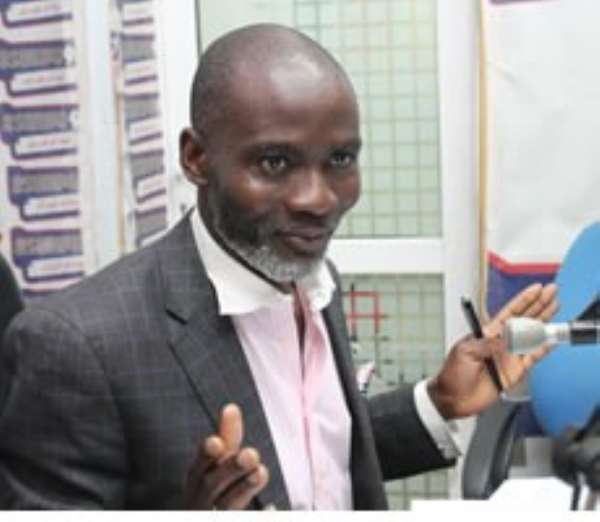 Gabby Asare Otchere Darko, the so-called executive director of the defunct one-man Danquah Institute, believes Ghanaians are so green like him that nobody will care to keep track of his ludicrous behaviour on the country's political turf.

This guy, who at 47, looks far old than his 69 year old cousin and twice defeated NPP flagbearer, Nana Addo Dankwa Akufo-Addo, refuses to go away following the dismissal of the 2012 Election petition case by the Supreme Court (SC) about two weeks ago.

Gabby Otchere Darko, who has self-appointed himself as the new Supreme Court Justice to review the dismissed phony case of Nana Akufo-Addo and his two other co-conspirators, is claiming that the court mistakenly read out a reversed judgment in the SC petition case.

What therefore, this crazy guy who could not even pass his final law examination, is saying is that five of the nine justices agreed with the petitioners' case of irregularities as against four. And Gabby has the audacity to conclude that the five justices agreed that there were enough irregularities that affected the outcome of the 2012 Election results, and called for a re-run of elections in the affected areas.

The defeat of Nana Akufo-Addo in the Supreme Court indeed signifies the upcoming unchartered waters for many armchair political sycophants who have turned politicians, pollsters, analysts, advisers and strategists among others. Gabby, who happens to be one of the very top sycophants, knows very well that his days on the Ghanaians political gallery are numbered; therefore, he is scratching everywhere to produce something to justify his crazy allegation that the nine justices delivered an unfair judgment.

Ghanaians are no fools; therefore, we can recall some of the crazy things that people like Gabby Otchere sometimes say on air when things are going well for them.

Speaking on Joy FM Newsfile on Saturday July 20, Gabby Otchere Darko who today has turned his mattock on the justices stated unequivocally that he was convinced that the judges will deliver a fair judgement on the petition case.

Gabby Otchere Darko even went on to say that the judgments that the judges gave to the various objections and motions raised or filed are enough testament that the final judgment will be fair.

One cannot therefore, fathom why after the fair judgment has been delivered, this same Gabby Otchere Darko will not go away and keeps scrambling and scratching for anything as he continues to fall like a rolling stone.

Gabby was the one who stated that the judges will deliver a fair judgment. Does the fair judgement Gabby was talking about only means judgment in favour of the NPP? Gabby has caused the NPP so much pain and I am very worried that the party is still leaving him intact to cause further havoc.

Therefore, this political nonentity called Gabby is gasping for his last political breath as Nana Akufo-Addo looks set to become a political history following his unsuccessful and deceptive attempt to wrestle political power from the backdoor after he could not win power through the polls.

The NPP is suddenly in disarray so everybody is trying the take position whilst Sammy Awuku, the guy who infamously asked NPP supporters to take their positions even before they win the 2012 Elections is missing in action.

God save the NPP if they continue to allow the likes of Gabby Otchere Darko to be the face of the party. They are the cause of the gnashing and weeping that has engulfed the NPPland.

More Feature Article
ModernGhana Links
But You, Alhassan Suhuyini, Are the Embodiment of Insults and Abuse
What Is the Present State of Public Education in Ghana? – Part 2
Open Letter To Governor Uzodinma Of Imo State
Nuclear White Elephants: Australia’s New Submarine Deal
President to steer clear of Rev. Owusu Bempah's saga
Mahama: A War-Monger?
Religion And Disability
Let’s give him a hand: Mahama is on course to curb the deluge of corruption!
Thoughts Of A Nima Boy: Dr. Kholinar’s Thoughts On Coming Home After Graduate School Abroad
TOP STORIES