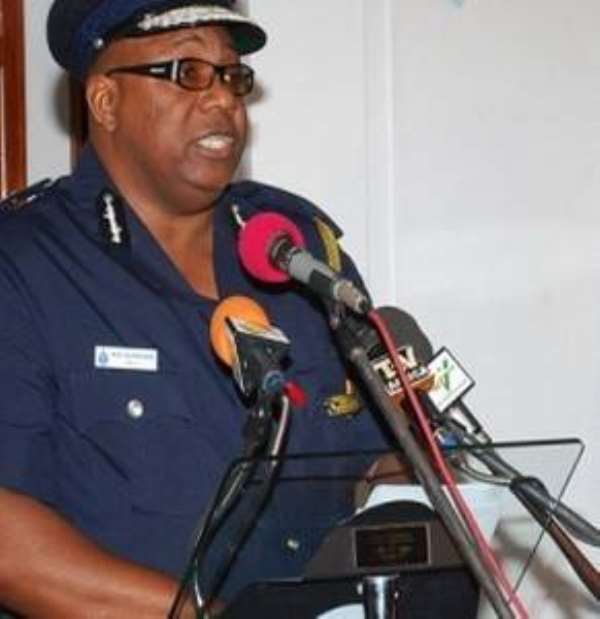 Mr Mohammed Ahmed Alhassan Wa, Aug. 23, GNA - The Inspector General of Police (IGP), Mr. Mohammed Alhassan has advised police officers to eschew any conduct that would portray them as being partisan in the discharge of their duties.

He said the loyalty of the police was to the state and that all police officers must keep that in mind and conduct themselves in a manner that would let the public see them as such.

The IGP gave the advice when he addressed police officers at an inspection parade mounted in his honour at Wa during his maiden visit to the Upper West Region on Thursday.

'To do this, we need to build team spirit so that we can work together as a team. We also need to continue learning in order to improve on our performance,' the IGP stressed.

He also appealed to officers to ensure that citizens' rights were not abused but rather protected in order to further boost the confidence they had for the police especially in such a volatile period.

On the use of fire arms, Mr. Alhassan noted that any fire arm used would be investigated to ensure that the reason behind the use was justified.

The IGP said certain reforms such as the police visibility patrols and the rush hour patrols had been introduced to further enhance the effectiveness of the police in the country.

'The marine police, which was put in place in 1912 and was later abolished in 1948, had also been reactivated', he announced.

The IGP stated that they would not hesitate to dismiss any officer whose conduct brings the name of the Service into disrepute in order to ensure the integrity of the police was maintained.

COP. John Kudalor stressed that the country was heading towards a critical moment and that police officers needed to put on their professional thinking cups and act in a manner that would protect and sustain the current rising police image.

COP James Boanuh advised the officers to take good care of the equipment given to them so that they would last longer to serve the purpose for which they were acquired.