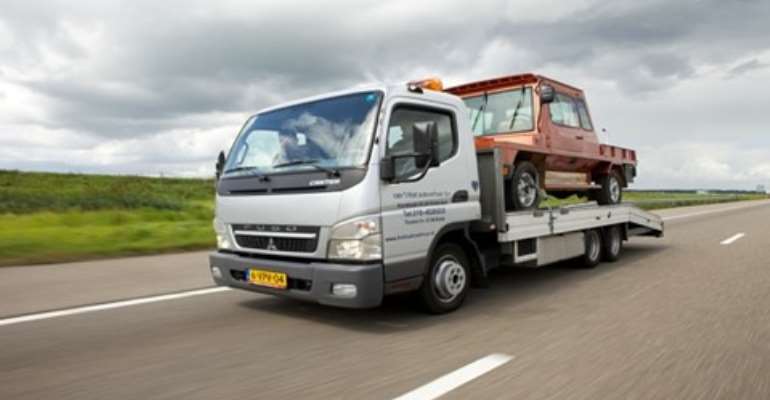 SMATI Turtle to be exhibited in Holland

The prototype Ghanaian model vehicle designed and manufactured by the artisans of Suame Magazine in Kumasi has been successfully tested in Rotterdam, Holland under the auspices of the Dutch Government.

A comprehensive engineering report on the vehicle has been presented to project partners for the next phase of the project.

The car named 'SMATI TURTLE 1' was built earlier this year through a partnership initiative between the Suame Magazine Industrial Development Organization (SMIDO) and Dutch-based Aardschap Foundation.

The car was shipped to Holland last April for international exhibition and promotion to attract investors for large scale commercial production to serve the African market.

The Dutch Government committed to absorb the cost of testing the roadworthiness of the SMATI Turtle 1 prototype vehicle in the Netherlands.

According to the Dutch counterpart team leader, Melle Smets, the inspectors were very impressed with the rare engineering ingenuity exhibited by the artisans in the creation of this unique car model.

“They wondered how such a rare engineering height could be achieved in the design and construction of the vehicle without any sophisticated manufacturing machinery within a very limited time of two and half months”, he stated. “There was a general acknowledgement that given the conditions under which the car was manufactured, it is a major boost to the creation of an African automobile brand”.


Consultant to SMIDO, Nyaaba-Aweeba Azongo, says snippets of the inspectors' report identified 40 areas for further design and engineering improvements for the SMATI Turtle to go through the next stage of testing.

The inspectors however captured in the report that “it would be very difficult for the SMATI Turtle to be completely cleared of all regulations to be permitted on public roads of Europe. This conclusion is not surprising as many newly built cars are not allowed on the roads in one go because of the high safety standards”.

Meanwhile, the Dutch media has drawn out an elaborate programme to celebrate the Ghanaian car model manufactured with simple local tools from a cluster of engineering workshops in Suame Magazine.

The SMATI Turtle Car will be showcased in between September and October 2013. A book authored by a seasoned Dutch journalist, titled: 'SMATI Turtle 1, The Car from Africa' would be launched as part of the media road show.

There will also be radio broadcast and newspaper articles in major newspapers in the Netherlands about the project.

The climax of the media promotion would end in October where the car will feature prominently in a big festival, IMPAKT in Utrecht with photo exhibition, test drives with public and presentations.

SMATI is the acronym for the Suame Magazine Automatics Technical Institute, a model institutional engineering training centre for the artisans.

The turtle is a robust reptile and an amphibian which symbolizes strength and the ability to withstand any terrain and particularly, the African terrain.

The doors of the SMATI Turtle can be opened from all the four corners of the vehicle and purposefully built for farming and police patrol purposes.