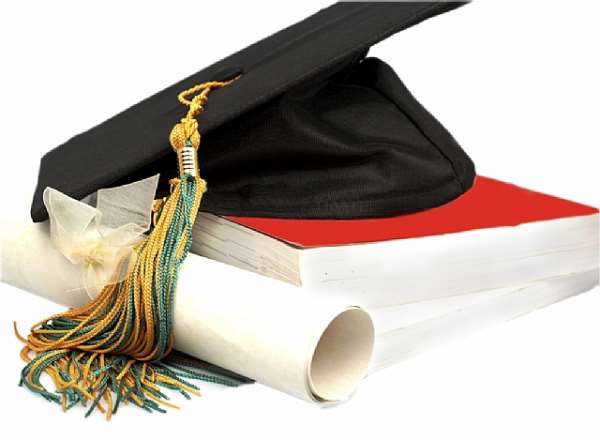 When it came to conferring degrees to deserving graduating students it was the duty of the mentoring authority the Vice-Chancellor of the University of Ghana, Legon, as it were, to endorse the qualification and pedagogics which came out of cooperation with CIBT .

The new University remarkably recorded exceptionally higher achievers during the course. Three special awards were, therefore, given to even more worthy granduands who emerged best scholar in business administration, public administration and computer science. Those three students whose names were narrated in gold colours may be among the most sought- after by employers to tease out their accolades.

Quite at the right time, the doyen of the promoters of this centre-of-excellence-in-the-making, the Catholic Arch Bishop of Accra Gabriel Charles Palmer Buckle having declared CIBT fittingly inaugurated he described the vision of the college being to 'be a leading tertiary institution in Ghana and beyond, a place of excellence, devoted to providing sound intellectual, moral and social environment responsive to the needs of a diverse and rapidly transforming the Ghanaian society'.

Most Reverend Palmer Buckle who is also the Chancellor of the institute said the pioneering 45 batch of graduating students, had gone through untold 'tears and toil', in the foundational years of uncertainties and anxieties. To him God has been very good to CIBT, indicating that something of the dreams of the founders of this institute is slowly but surely coming to fruition.

In his words: 'Our dream for this institute is enshrined in her motto: Pro Deo Pro Patria! In English 'for God and for country'! It is our aim that this institution will offer to her students, young and old, a holistic education brewed in the long-standing time-tested and proven Catholic tertiary educational tradition of intellectual and moral, academic and professional excellence'.

CTKC's Parish as the citadel of support for CIBT had better positioned itself to host the first congregation rather than it taking place at CIBT's new Adabraka location. During proceedings the resident Angelic Choir provided interlude with sane choreographed gospel-patriotic songs. Professionally rendered in Ghanaian languages, as a whole, the songs placed the graduation in the somberness already stimulated by the Sunday early and mid-morning devotion and worship noted for the Christ the King Catholic Church in Accra.

The gentle procession which started and ended the ceremony, exuded all the symbols of a university, made up of the special guests, including the Minister of Education's representative; a business savvy in the person of Dr. Anthony Oteng-Gyasi of AGI fame, members of Governing Council headed by Prof Ivan Addae-Mensah, a former Vice-Chancellor of the University of Ghana, Faculty and an array of the clergy angelic looking in their robes.

This was the context set for Reverend Monsignor Jonathan Ankrah, president of CIBT to convey to the congregation that in spite of the seemingly insurmountable problems and shortcomings experienced by the pioneers, the school's engine has been revving all this while and its ship is in full business cruising towards becoming 'one of the formidable tertiary institutions, not only in Ghana, but in the whole of Africa'

According to him the Governing Council, insists on nothing but very high academic standards and at the same time, as far possible in the formation of CIBT products, Faculty must be paying particular attention to the rights of students. The vision of the Governing Council is actualized by a crop of high caliber, experienced and dedicated academic staff desirous to impart their best to what a university student would need to equip them for the job market and for life.

The media wondered whether CIBT had the capacity was in the position to absorb qualified candidates who did not get admission into existing Universities he gave the assurance that the new University could have space for them.