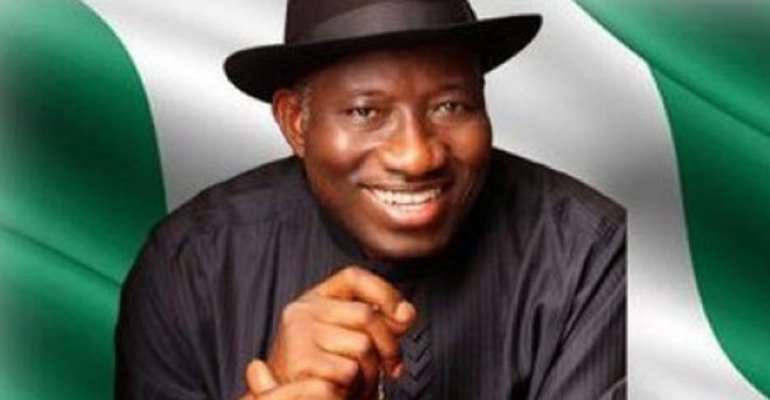 My friend Abraham Madu shared this, "Before you do anything, first Think!

THINK stands for:
T--True: Is what I write true?
H--Helpful: Is what I say or do helpful?
I--Inspiring: Is what I do, write and say, inspiring?

N--Necessary: Is what I do say, or write necessary?

K--Kind: Are my actions, words kind to others?
I as a matter of me look at issues from the larger picture. I do not just dabble into matters, I THINK, I look beyond sophistry, anchored more on bare-face political partisanship, and ethnicity or group affiliation. I leave room for human frailties but I THINK before I write or talk.

"If Obi is also guilty of deportation of beggars out from Anambra then he doesn't have a say on why Foshola deported some beggars to his state and whoever criticize Fashola here is only a mere tribalist." Kolawola Afolabi--a Yoruba.

"Please, if you're in support of "deportation" of any Nigerian from any part of Nigeria, kindly remove me as your friend on Facebook and in real life before I do so. You either have a low IQ or you're callous." Paul Ohia--an Igbo.

We have left the underage marriage for under-thought deportation. My worry for this admonition is that we have taken for granted the deportation of Nigerians, from one part of the country to another as normal.

The truth is a new nation is emerging, like a friend said "very soon chairmen of local government areas, within a state, will deport 'non-indigenes'.

Whether Rivers, or 2015, Yerima, underage marriage, Oristejefor or Asari, Buhari or GEJ, all are situated in dichotomies, APC is a Muslim party, does it make PDP any Christian? Our dichotomy is not a subject within the shores of this nation that one talks about without understanding, it evokes a lot of passions from the heated arguments which it generates, everyone holding dear to their values, and idiosyncrasies. A lot has been written, on old perspectives likewise new viewpoints--now we are deporting.

Again our propensity to think as easterners, westerners, northerners, middle belters, all depending on the turns of event comes to bear.

Every nation has one dichotomy or the other, if it is not the north vs south, it is versus blocs, religion or even ideological dichotomies. There are several reasons why such dichotomies exist. Sometimes it is a function of creation or political correctness like we have in the Nigerian case.

In our sensationalism, we have in every sense approached most problems sectionally thereby creating all kinds of unnecessary petty-culture-ethnic-religious-parapoism and bourgeois mentality in dealing with our national issues.

Dichotomy is one that is used by political apologists as a socio-economic weapon and the current deportation saga is one. Apart from the positive, our dichotomy has been used to exploit and bamboozle the masses without major consideration being given to the dynamics of the law of development which in essence deals scientifically with the unity and struggle of opportunities and opposites.

Another musing on this deportation saga is that in truth only a social revolution can solve our problems, be they political, economic or social. In this sense we need more than a free, fair and credible election, what we need is the progressive element (Sadly that progressive element today is largely on paper only) to come together as a striking force. Because they have a revolutionary duty to this nation to help in striking a balance, to disabuse the thought pattern that has been built.

There is an ideology of hatred, one that props up again and again, Lagos in West, Anambra in the East, North vs South, Muslims vs Christians. This is a factor that reactionary elements within the system use in battling the progressives. Like several years ago, the first coup, or the OIC saga, the problem still persists, this deportation saga borrows a lot from bourgeois theories, which essentially is directed at confusing our intellect, like we try to argue within the parameters of 'anti-class theory', 'theory of undevelopement', 'take off theory', 'theory of cooperation', 'theory of external push', 'end of ideology theory', 'convergence theory', 'the theory of the periphery in the periphery'.

Wonderful sociological concepts that do very little in helping us shift in the way of progress because only few theories work for us..."theory of corruption", "theory of bad governance", "chop I chop theory", and "killing for god theory", "dame, amaechi, and goodluck theory", "pdp and apc theory" and now the "deportation theory".

Dichotomy is everywhere, just back from the US. But when not managed it only retards conscious development of the people, creates inter ethnic hostilities and allows for continued exploitation from and management of political power.

The national question 'is a question of solving vital national problems of social development, abolishing national oppression and inequality, eliminating obstacles to the development of peoples, including achievement of factual quality and internationalism in national relations.'

The Lagos action brings to question the concepts of 'national character', 'national culture', national consciousness', 'national philosophy and psychology' all often used and discussed without carefully and critically understanding their contradicting class nature in antagonistic societies and their relative independence.

Nigeria should be a nation of a lasting historical community of people constituting a form of social development based on the community of economic life in combination with the community of language, territory, culture, consciousness and psychology. But are we?

Are we a nation of various ethnic groups moving towards greater realization of cultural togetherness, peace and stability for all?

The summary of this admonition is both a warning and a challenge on the basis of what I have outlined; it is only fair and fitting to direct our critical analysis of the Nigerian political climate in the form of serious warning that all is not well. We cannot abdicate our responsibility to do and say what is right and chose which battles to fight on the premise of parochial locus standi. Deportation is WRONG in the Lagos context! Whoever started it first, and whoever is retaliating.

We need to come to gripes with realities of the moment which point to the inevitabilities of the future, because time is running out, at us to initiate a wind of hurricane of social revolution. Are we ready, only time will tell.