And it was April Fool in Nigeria 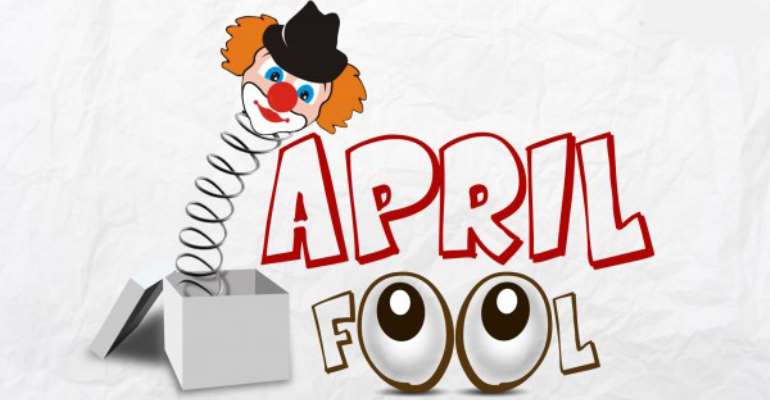 So, I woke up, I have taken my bath, the shower is running, not because I have a borehole, or that small engine that pumps water. I have a running tap everywhere in the house because it's been that way for more than five years. But I must say quickly that I pay the water rates regularly and promptly. It's not outrageously expansive either.

Do you know why I am up? I got an SMS that there will be an hour power cuts in the neighborhood. It's been over a year that we used the generating set, so it won't start. We get an average of 16 hours’ electricity everyday and it could be better. The Distribution companies hold monthly town halls, we pay as we consume, and based on the type of consumption. Whenever there will be a power cut we all get an SMS.

The civil service in my state just got a pay raise, same time with the teachers in both primary and university institutions, an equivalent of 20$ per hour. Everyone is wandering what are they going to do with that money. These days, no one travels abroad for all those vacations...no with Olumo, Obodo, Yankari, Jos, and Dubars everywhere.

I was in Lagos last week, anyway these days, I travel to Lagos with the family to enjoy the beach view, breeze and scenery. Its a three hours’ train journey, express train with all the services. And in Lagos, very few people bother about their cars. The metro train works spot, and the waterways are just something else.

My son graduated from University of Dreams, and he was retained by the university, and he is not an indigene, did not need a note, never reduced or increased his age, there was no affidavit to swear to. And his younger brother is special adviser on nuclear and something IT related in the North of the country and he is enjoying his work.

Okay, enough of these family stuff, my state governor is visiting the local market, there were complains about the utilities, and he was going there to see for himself, not just delegating the Commissioner for markets to see to it. He knows if he does not, the backlash would mean not just public criticism and talk, but his job could be on the line.

Things have changed a lot in Nigeria, we critics have very little to do, now a few of us write columns on travel, tourism, and some even on animals.

Sorry, I did not tell you, I have to be in court later today, there is sentencing on three major cases, one was the dude that imported expired noodles, first his factory had been closed, and top management found culpable had been sentenced earlier, and forfeited their assets. The factory was turned to a community playground with all the facilities, table tennis lounge, a small basket ball court, and television hall.

The other dude was a Minister he could not explain how his source of income had double, an interesting part of it; his son was the whistleblower, when the newsmen asked him, his response "I do not want a bad name, sometime he would be caught either way, and the whole family would pay for his misdeamour."

The third case is some corrupt businessmen and the assemblyman that helped them get some road contract (all together some Chinese, Indians and the legislator from somewhere in Nigeria). No one bothers about where he comes from. These days, the law is swift, it has no ethnic color, or faith. That's my country for you!

There is a knock on the door, the kids from the neighborhood came to say bye, they are going on a educational visit to the Presidential Villa, formerly known as Aso Rock, these days called Unity Villa. Reminds one of the White House, loads of people go to Abuja these days just as tourists, or with important duties in administrative circles.

That is the dividend of a nation whose leadership was focused, carried her people along with a focused policy at changing things. I am already outta the bath, myself and wiffy are chatting about last night's award night where Jonathan and Buhari, they were all grey, while Jonathan was just hitting 72 years, Buhari was almost 95 ….and were taking questions from children of "Last corner Primary School". And reflecting, Wike and Amaechi were the coordinators of the program, it was part of the sentencing they both got for their roles several years ago in the Rivers election bloodshed. Did I tell you, that Amaechi teaches at the local college, while Wike is now a pastor.

Abubakar Shekau had been captured some years back, tried, sentenced and locked up, the keys were thrown away, so many politicians were part of that epic trial. Next week I would be in Bayelsa, Nigeria's Texas to talk on "Handshakes" our new initiative that replaced the National Youth Service Corp program. It is part of the larger integrate Nigeria project. Now there are so many Lolade Ojukwu Idris and Afam Haruna, products of inter-marriages and handshakes.

Did I tell you that the President of Nigeria is an Igbo man who is married to the daughter of an Ifa priest, and the vice president is a Christian, he is not even married. All the security chief except that of the Police are Muslims. And trust me no one gives a shout. Their average age is 56 years.

We now supply the West and East African hub with all sorts of petroleum products under one Multilateral Trade Agreement call something-onething. In the month of April, 300, 000 jobs had been added and unemployment was at an all time high of 4%. However, government was working with all sectors to bring it down.

Mallam, Mallam…. where was I, all tired I had drifted from the reality of today, no water, no security, no fuel, no light, no work…everything had a no attached to it. It was all April Fool! Leadership and citizenry has her work cut out for it, sadly we are still principally divided as to who owns the cookie and who stole it, and for how long—Only time will tell

Ibrahim Mahama is not drinking tea with Owusu Bempah; Ghc107...
45 minutes ago