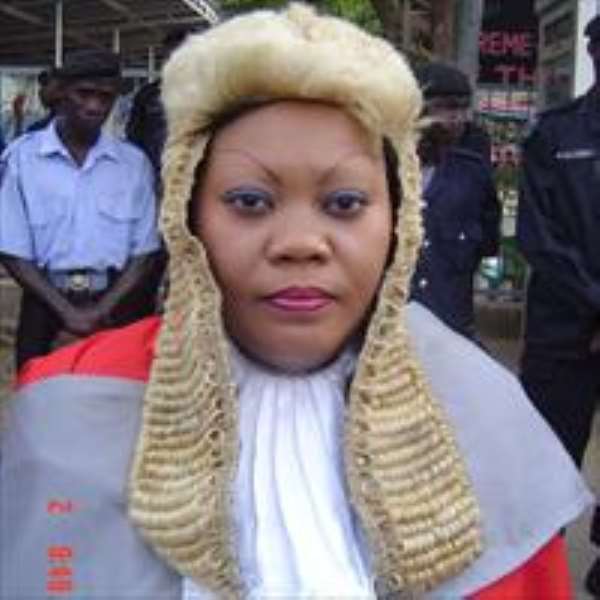 The Point of Gambia, quoting a media release from the presidency said the appointment is in keeping with provisions of the Constitution of the Republic and in consultation with the Judicial Service. http://thepoint.gm/africa/gambia/article/justice-mabel-agyemang-is-new-chief-justice-as-justice-joseph-wowo-is-fired

The publication cited Justice Agyemeng as an expert Appeal Court judge from the Commonwealth Secretariat who was called to the Ghanaian Bar in 1987 and the Ghanaian Bench soon after and has since served in the judiciaries of the governments of Ghana, The Gambia and Swaziland.

She began working for the Commonwealth Secretariat in 2004, first being sent to The Gambia where she spent four years as a High Court judge, and then to Swaziland in a similar capacity.

She was appointed to the High Court of Swaziland in October 2008 for a two-year assignment to help strengthen the judiciary and deliver fast, expert judgments on cases.

Her previous assignment, to The Gambia from September 2004 to 2008, saw her sitting as a High Court judge. Here she was so successful that the Justice Ministry asked her to serve for an additional year in the country's Court of Appeal.

However, she declined the offer in favour of an assignment in Swaziland, so that she could further broaden her experience.

According to records, Justice Mabel Agyemang, who served in the land and civil division, Commercial division and Criminal division completed about 365 files during her four-year tenure in The Gambia as a High Court judge.

Prior to her appointment as Chief Justice of The Gambia, Justice Agyemang was serving as a member of the Gambia Court of Appeal.