Importers unhappy with operations of presidential taskforce at Tema port 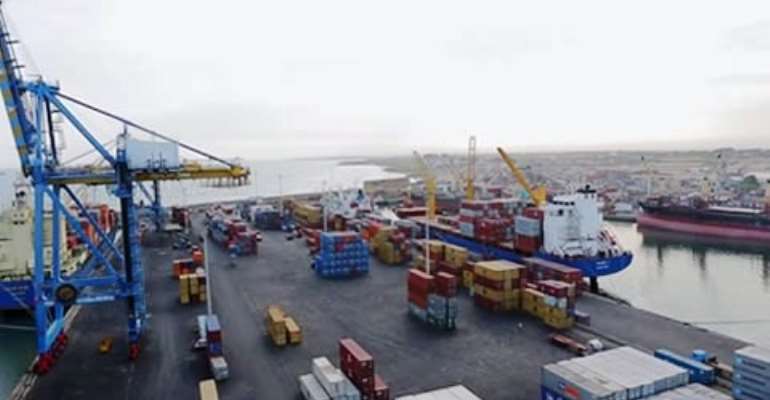 Local importers say the Special Operations Unit set up by the Presidency, is making the process clearing goods at the port cumbersome and frustrating.

According to them, the activities of the task force is adding to the corruption of the system.

The Local Importers therefore want "President John Dramani Mahama to dissolve the task force, as they are rather causing unnecessary delays".

A statement issued by Madam Paulina Amoah, Chairperson for the importers suggests the Presidency should instead constitute a committee made up of all stakeholders, to recommend solutions to resolving the corruption challenges affecting revenue levels.

“Although government has explained that the rationale of the task force is to check corruption, our experience shows the contrary,” the statement said.

The importers are also threatening to relocate to neighboring Togo to clear their goods as a result of the disparity between the values given by the Destination Inspection Companies and that of CEPS.

“We have noticed that CEPS forces higher values of goods on us in order to meet their revenue target. However, unfortunately this also increases our cost and virtually putting us out of business, as we are unable to pay back the already high interest rate bank loans.

As if the above listed challenges are not enough, importers and agents have to queue for as long as five days or more to get access to the scanner because, the scanners often develop faults due to pressure since it scans more than the expected 20 containers daily.”

Meanwhile, the importers are unhappy with the manner in which foreign importers have been allowed to be involved in the retail business at their expense.

“We the importers are also confronted with ill-disposed treatment by officials at the Ports as local importers and expatriates have been allowed to operate freely in the Country. Though the expatriates are only to engage in wholesale, they have also started engaging in retailing which is the sole mandate of the local retailer.

“It is unfortunate that whereas the expatriates are to be stationed in Tema, they have relocated to various parts of the Country retailing their goods; against the law of the sector”.