Radio Biafra And The Coalition Of Pro-Biafra Organizations 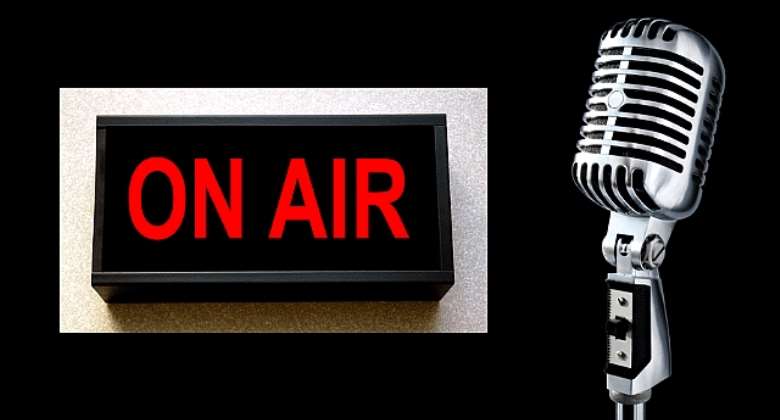 My people, we all know that now is the time because what we have all tried to set up and to kick-start towards the emancipation of our people from the hell-trap called Nigeria was eventually done, but not as we had thought or planned.

It was kicked off, nevertheless, towards the goal which has always been one: an Independent Biafra. I therefore call on all pro-Biafran organizations and individuals to align themselves with what Radio Biafra London and Bilie Human Rights Initiative are doing so that our speed may be boosted and our collective goal realized earlier than thought.

Chukwu na eme eze and it is he who choses our front. If we, as individuals and Biafran groups, delay any longer in openly supporting and aligning ourselves and organizations with Radio Biafra London and Bilie Human Rights Initiative, we may only be revealing our inner worth, our deception and out hate towards Igbo freedom. We would have shown to the world that nothing ever mattered to us in this pursuit except whatever titles and positions we had thought to get and that we were never serious with our love for Biafra and our fight to make it come in our time.

Nothing is as painful, shameful, degrading, depraved and demonic as loathing and leaving your cause for freedom and rights simply because another person, who obviously had a stronger and better argument on how to kick it off, decided to make the journey lighter and faster for all.

For many who have been shouting for freedom in various Biafra groups but have never given any reasonable amount of money towards the project, is it still unclear to you why you were the seed of failure or delay in the organizations in which you belong?

You are an engineer, doctor, nurse, lecturer, technician, driver, etc. with jobs and you are a business man or woman but you still find it difficult to bring out a penny for the Biafran cause simply because you are watching to see others do it first and to see what they will give.

Now, Radio Biafra has returned with the commitment of just eight people...and you are very mad that there's progress. What witchcraft and what insensitivity could be worse against yourself, against your very family for whom you seek emancipation?

I put it to you that our politicians may have nobler causes than you in your intentions to serve after all. If not, why the delay in openly bonding with what's progressively now on ground and available so we can get to our collective destination faster and earlier? Nevertheless, I implore us to discard self and pride and bitterness and instead to put on the garment of Biafra's realization by all means.

We have, from inception, been called to this selfless service because God himself knew the times of the Igbo and that they would eventually need people like you and I who would put the peace of their people before everything else. With Radio Biafra London and Bilie Human Rights Initiative, we will all get there and faster...when we have put our forces together.

Otherwise, if we still place personal pride and ambition over the deliverance of our people, we may not see it but we would be clearly telling the world that we are a bunch of slaves who must never be allowed to be free and to govern themselves for the safety of the rest of mankind.

I know many of you and I have spoken with some of you. Suddenly my communications with some of you were interfered with. Was it me? Was it because I've made it clear that my eyes are set and my mind made up on Biafra and not on anyone and that I'll move with the spirit who runs forward with our cause? Perhaps it was because I openly said it was better to get what we are all looking for before we proceed to iron out our differences, was it?

Maybe, if you needed Biafra as I did and still do, you would have reasoned in my direction and you would then eschew every open or subconscious attempt to derail the Biafran dream. Sometime in 2011, Biafra Liberation in Exile (BILIE) had a Biafra Genocide Fund appeal for Biafra genocide case. It obviously went down the drain. In February, an appeal for funds to resuscitate Voice of Biafra International (VOBI) was made.

Nothing came of it because some people wanted others to bring the money while they take the credit for what the money may achieve. Some others who could fund these things effortlessly would rather pride themselves in their evident contribution to the fruitlessness of the collective venture by waiting for those who are on their financial knees to rise up before another step in the journey can be made. What foolishness! What shame!

In July, 2011, I got a detailed email from Dr. James Achikeh of Biafra Liberation in Exile (BILIE). Noble causes were the goals and the willingness was there. The only problem, as we noted, was that those among us who had the wherewithal were obviously not in love enough with Biafra to part with their treasure as they often try to compel on people to believe. And one wonders why they get upset when somebody else puts his money and time where his mouth is in the cause of Biafra.

Whatever the case may be, we all still have a stake in our collective pursuit for Biafra. Freedom for our families, children and posterity is something to be pursued rigorously and without being tainted by ego or self.

The hands of all Pro-Biafra organizations and groups are needed on deck while Bilie Human Rights Initiative and Radio Biafra London pilot it under the overseership of our Council of Elders. In the end, which will not be far, we shall all have been satisfied.

Anyone with opposing but constructive and progressive opinion is welcome to proffer it. We must all remember that, after all is said and done, the mind with which we seek for the emancipation of our people from Nigeria will always follow us wherever we go as our scale of sincerity and commitment. And it will not be hidden from others because our results will be seen by others.

MEND opposed the government and got the recognition and amnesty while Boko Haram opposes Nigeria itself with the intention of Islamizing everyone, making Nigeria an extension of their great-grandfather's estate and enslaving all of South. However, we have a greater argument against the diabolical experiment called Nigeria because it has taken what belongs to us and now moves to totally destroy us.

We, like Abram, will have to forsake self and pursue after her until we have overtaken her and retrieved our dear Lot. While I thank the leadership of these organizations for every effort they have put so far into this noble cause, I appeal to them to, once again, consider their priorities and allegiance to the spirit of our collective calling so that, in no distant future, the world will know who the Igbo truly are. Ndewo nu.