We Can Stop TB: With A Little Bit Of Love And A Pinch Of Will Power... 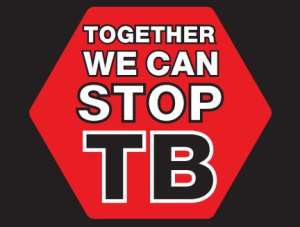 This is the story of Munnawar Khan Pathan, a 49 years auto rickshaw driver of Ahmedabad who has successfully battled multidrug-resistant TB (MDR-TB) through his will power and the loving efforts of his doctor Dr R M Leuva. His is an example of how a caring and committed doctor can help an MDR-TB patient to complete the two years long ordeal of toxic medication and get fully cured.

Last month, in February 2013, I was in Ahmedabad, talking to a healthy and beaming Munnawar, little realising that he had been through terrible times before eventually conquering MDR-TB. Although I had spoken to many patients afflicted with this serious form of the disease, this was the first time I was face to face with a cured MDR-TB patient.

Munawwar's ordeal began in 2006 when he was diagnosed with TB for the first time.

“At that time I used to eat gutkha, smoke cigarettes and bidi. Firstly I showed myself in the Ahmedabad Municipality TB Centre but my condition did not improve. I was also not very regular with my treatment and would go on and off medicines. In 2008 I sought treatment in the private sector, but my condition deteriorated. But God is great. He came to me in the garb of Leuva Sahib (who had treated me earlier). Dr Leuva stopped me one day while I was driving my auto rickshaw and asked me to meet him in the hospital as he wanted to talk to me. I felt very happy and proud that such a reputed doctor had called me personally. So I went to him and he gave me the confidence that I will be cured of my TB. My medicines for MDR-TB started in October 2009.

On Dr Leuva's insistence I gave up smoking bidi, cigarette, and eating gutkha, and started taking my medicines religiously. I had to stay in the hospital for 19 days. I had to take 13 tablets every day. I always ate them together in one go and also took injections for 6 months. While on treatment I once fractured my leg and was admitted to a nearby hospital for about 4 months. During that time Leuva sahib would come personally to give me injections. So my treatment was not disrupted.”

“Now I have been completely cured since 2011. I owe all my good health to Dr Leuva. It is only because of him that I am standing perfectly well on my feet today along with my family members and driving my vehicle as well. I am so indebted to him that even if would call me at midnight I would go readily to offer any help I can.”

Explained Dr Leuva, “Munawwar had been a Cat 1 treatment failure earlier and hence a presumptive MDR-TB patient. I was there in the same government hospital where Munawwar had sought treatment earlier and I knew he had been defaulting on treatment. At that time there was no government programme to treat MDR-TB. So he had shifted to the private sector and was on kanamycin under the private doctors.

When government programme for MDR-TB treatment started in Gujarat, I remembered him and thought to bring him to the government clinic so that he could get free treatment. I knew that he sometimes came to this particular spot. So I would stand there every day waiting for him as I did not have his home address.

I finally found him one day, and asked him to come to the hospital. Initially he did not want to take the treatment as he had no faith in the government programme. Moreover it took 4 months for the test report to come and confirm the diagnosis of MDR-TB.

Even after the diagnosis it took a lot of effort to make him agree to begin treatment. While on treatment he once fractured his leg and was confined to bed. I ensured to give him his daily dose of injections during this period by doing home visits as a special case. Today he is standing in front of you—fit and fine.”

Munawwar has since become a TB advocate and his mission is to spread awareness about TB in the general population. I found his auto rickshaw decorated with several hoardings with informative messages on TB and advertisements about the government TB programme. Now whenever Munnawar sees any patient suffering from TB then he goes to the patient and tells him/ her that once he also had the same problem and now he is doing well after taking treatment.

He always keeps the hospital card in his pocket to show others how he got well and from where he took his treatment. He has brought many patients to the programme who had either left treatment midway or were hesitant to begin treatment.

“If I find any person suffering from TB, I try to share their suffering and problem and bring them free of cost in my auto to this DOTS centre. This is the only way I can show my gratitude for all that Leuva sahib did for me. I have brought many patients here. Sometimes the patient gets angry on me but I do not mind it as deep inside my heart I know how painful the whole process is.

My work is only to make them understand because a person gets irritated while on treatment as I have gone through all this myself. I also tell the people suffering from TB that there is no need to seek such costly treatment in the private sector. I too wasted so much of my money in taking medicine from the private doctors but it did no good,” confided Munawwar to Citizen News Service - CNS.

Dr Nevin Wilson, Regional Director of the South-East Asia Office, International Union Against Tuberculosis And Lung Disease (The Union), rightly believes that, “Patients and communities are central to TB control. Patients must be empowered to act positively for their own good through full knowledge of their illness and the risks involved in not completing treatment.

They also require support to complete a full course of treatment. This support has to be continuous and includes the regular provision of medication; counselling to understand the side effects of medication and the need to persist with complete treatment.”

Seeing is believing, and, coming across a grateful patient advocate and a devoted (yet very humble) doctor, restored my faith in our combined ability to control the menace of all forms of TB—sensitive and resistant. There are many more such healthcare professionals and advocates doing inspiring work in our midst. We just need to help them multiply their efforts, in whatever way we can, to fulfill our mission of a TB free world. (CNS)