Guidelines for Clinical And Operational Management Of Drug-Resistant Tuberculosis 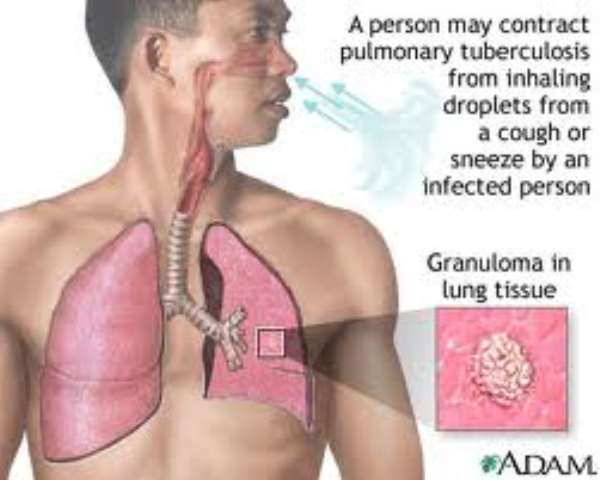 The International Union Against Tuberculosis and Lung Disease (The Union) marked World TB Day 2013 by formulating and publishing the much needed 'Guidelines for Clinical and Operational Management of Drug-Resistant Tuberculosis'. This new guide offers practical advice on how to manage the estimated 630,000 patients worldwide who have multidrug-resistant TB (MDR-TB).

Drug-resistance can develop if basic TB control fails at any of its different stages: when diagnosis and/or treatment are inaccurate, drug supplies are not consistent or the quality of the medicines is poor and/or patients do not adhere to the at least two years long treatment.

The current scenario is scary indeed. In the 27 high-burden MDR-TB countries, the number of cases of drug resistant TB doubled between 2009 and 2011.

In 2011, there were an estimated 310,000 MDR-TB cases just among notified patients with pulmonary TB. Close to 60% of these MDR-TB cases were in India, China and the Russian Federation. We now have cases of an even deadlier form of TB--extensively drug-resistant TB (XDR-TB) -- which represents 9% of the MDR-TB cases and has been reported in 84 countries.

The treatment regimen for MDR-TB is long and costly, placing a strain on both health systems and patients. Of those estimated to have MDR and XDR TB, only 1 in 5 receives appropriate treatment, and the treatment success rate is usually less than 60% (less than 50% for XDR-TB).

"The problem arises in defining the best approach because this upsurge of drug resistance has created a new epidemic with practically no evidence to support one treatment protocol over another", says Dr Josè A Caminero, lead author of the guide, to Citizen News Service - CNS. "While the international recommendations are quite valid and must be followed as closely as possible, there remain many questions and doubts about the daily management of these patients. Urgent action is needed.

But the first important message that we want to send to both patients and everyone tasked with managing TB patients is that, with good clinical and operational case management, all forms of drug-resistant TB have the potential for cure, including those cases with a very extensive pattern of resistance".

One important goal of this guide is to discuss in depth the controversial aspects around management of MDR-TB to ensure that patients receive the best standard of care. The guide clearly explains, amongst other things, the current global epidemiology of MDR-TB; the biological characteristics and conditions of M. tuberculosis growth and the nature of resistance to anti-TB drugs; approaches to case findings for DR-TB and their prioritisation in various settings; strengths and weaknesses of various diagnostic approaches to MDR- and XDR-TB; the principles of MDR- and XDR-TB treatment, including numbers of drugs, duration of treatment and individualised versus standardised treatment approaches; common adverse reactions to second-line anti-TB drugs and their appropriate management; the management of MDR-TB in special situations such as HIV co-infection and pregnancy; the drug resistance problem and the best treatment approach for specific national tuberculosis programmes (NTPs); common challenges and potential solutions for programmatic management of MDR-TB.

The guide thus tackles the challenges of fulfilling each patient's potential for cure from both the clinician's and the programme manager's perspective. It details how drug resistance develops, how to diagnose which drugs the patient is resistant to, the strengths and weaknesses of different diagnostic and treatment approaches and the clinical impact of factors such as HIV co-infection, other co-morbidities and pregnancy.

It also covers how to build an MDR/XDR-TB programme and issues faced by national TB programmes, such as case finding, infection control, social support, managing supplies of first and second line TB medicines and ethical questions and controversies. Throughout the guide the message is loud and clear that the best way to prevent MDR/XDR-TB is to build a good national TB programme with sound management of patients with basic drug sensitive tuberculosis.

"Good clinical care alone is not enough”, said Dr Nils E Billo, Executive Director of The Union, "It must be partnered at every stage with successful operational management".

The Union deserves to be commended for bringing out this guide at a time when countries are battling with seemingly insurmountable difficulties in reining in the galloping march of MDR-TB. The guide purports to literally 'guide' the high burden countries in their efforts to control the ever increasing cases of MDR-TB, and it is hoped that governments and stakeholders around the world will try to implement the recommendations of the suggested in the guide for better management of MDR-TB with a view to prevent it altogether.

Shobha Shukla, Citizen News Service - CNS
(The author is the Managing Editor of Citizen News Service - CNS. She is a J2J Fellow of National Press Foundation (NPF) USA. She received her editing training in Singapore, has worked earlier with State Planning Institute, UP and taught physics at India's prestigious Loreto Convent. She also authored a book on childhood TB, co-authored a book (translated in three languages) "Voices from the field on childhood pneumonia", reports on Hepatitis C and HIV treatment access issues, and MDR-TB roll-out. Email: [email protected], website: http://www.citizen-news.org)

Stiffer sanctions needed to punish persons who engage in tax...
35 seconds ago