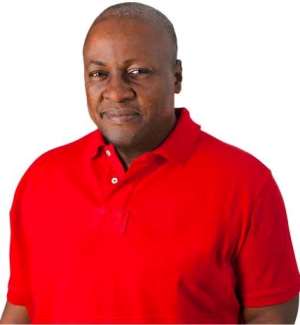 In the days of yore, trading giants, United Africa Company (UAC) kept their accountants on their toes by transferring them from one region to the other at a very short notice.

The rationale behind this strategy was to ensure that they do not embezzle the company's funds.

Indeed, this strategy kept the accountants on their toes.

For instance, when an accountant at the Takoradi branch of the company is informed by the bosses from the Head Office in Accra on a Thursday that he is being transferred to the Kumasi branch and therefore must resume duty there the following Monday, he has only the following day, a Friday, to handover to whoever is taking over from him. If he has embezzled money from the accounts of the company, he is left with no time to patch up his books. The crime is thus easily detected!

With this style of management in mind, UAC accountants always had their books up to date and stayed away from stealing the company's funds since one could not tell when the call will come asking him to proceed to another station. It is in the light of this management style that we see the recent reshuffle of Regional Ministers by President John Mahama.

We have heard some very mundane arguments about why he should not have done this reshuffle. While everyone is entitled to his or her views, it is laughable for anyone to claim that the reshuffle shows the President is indecisive. If for anything at all, it proves that he is unpredictable, a trait which is best suited for a President.

People close to Mills government will tell how some people who could predict the then President Mills used it to pursue their own parochial political agenda.

They were able to stop President Mills several times from reshuffling his cabinet simply by getting the press to publish it, rightly predicting that once it is published, the President will not go ahead with it.

They used this strategy to hang on to their positions for a long time. President Mahama's unpredictability is therefore a strong signal to his appointees that at any time, they can either be removed from office or reshuffled. It will be therefore be in their own interest to keep their books clean always.

With this background, the assertion by the Kumasi President of the GBA, Lawyer Boafo Acheampong that President Mahama lacks the ability to rule Ghana because of the current reshuffle shows he simply betrays his ignorance when it comes to politics.

He must know that even though many lawyers are politicians, politics and law are not the same. So, let him concentrate on his legal profession and stop exposing his ignorance in politics to Ghanaians.

President Mahama deserves a part on the back for having the courage to do such a reshuffle at this time. It shows he is decisive. It shows he will strike when the iron is hot; it proves that he is ready to do whatever is humanly for the good of Ghana.

More importantly, he has flouted no part of the constitution. The Regional Ministers in their new region cannot be involved in land and chieftaincy litigation. Corruption is reduced to the barest minimum and Ghana is the winner in it.

“Whoever thinks he can rule better than our king
Let him first go home and rule
his own wife
Then he will know how hard
to rule is hard. Meat that has
fat will prove it by the heat of fire.”

As far as the vast majority of Ghanaians are concerned, the reshuffle “dey bii keke” It proves that the President has hit the ground running and will suffer no toleration of lazy and corrupt appointees.

30,000 Disqualified From Voting On December 7
40 minutes ago