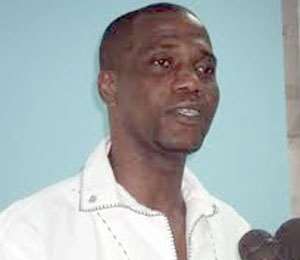 Information reaching DAILY GUIDE indicates that Christian Kofi Marfo, the businessman who was allegedly brutally assaulted by Jacob Osei Yeboah aka JOY, the 2012 independent presidential candidate, has decided to drop the charges against the latter.

Mr. Marfo, who suffered severe bruises on his face and some parts of his body, initially was determined to press charges against the former presidential hopeful, but according to information gathered, the complainant told the police yesterday that he was no longer interested in the case and had forgiven his attacker.

His decision, DAILY GUIDE learnt, was informed by persistent pleas from the wife of JOY and some men of God.

He was slapped with provisional charges of assault and kidnapping after he was arrested on Thursday, March 7, 2013 by the Airport District Police Command.

Information indicated that Mr. Marfo called on the police early Tuesday morning to inform them not to pursue the case anymore.

The victim is reported to have indicated that some men of God from his church, together with JOY's wife and family members, visited him and pleaded on behalf of the suspect for forgiveness.

The family also promised to settle the medical expenses of the victim.

When the Crime Officer of the Airport District Police Command, Superintendent Felix Agbenyegah Anyidoho, was contacted yesterday, he confirmed that the victim had called for the case to be withdrawn.

'Since the complainant has stated that he is no longer interested in the case, there is nothing the police can do than to close the case,' he added.

The Airport District Police Command was called by authorities of Holiday Inn Hotel to arrest some people who were causing trouble.

When the police got to the scene around 10pm on March 5, 2013, Mr. Osei Yeboah had already left the scene, leaving Christian Kofi Marfo and others there.

Christian Marfo accompanied the police to the station to lodge a complaint against JOY for allegedly assaulting him and holding him hostage for more than seven hours.

Information gathered by DAILY GUIDE indicated that Mr. Osei Yeboah arrested the victim for introducing him to a France-based businessman, who allegedly defrauded him of an amount of $375,000.