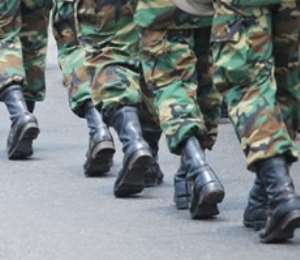 The Ghana Armed Forces has justified its decision to establish and run its own bank.

The bank which will be cited in Burma Camp is called the Universal Bank and will serve the military officers and their civilian counterparts.

Even though the bank is still in its initial stage of construction some members of the public have criticized the military for veering into an area which is not the core business of the military.

They charged the military to concentrate on its core duty which is to protect and defend the territorial integrity of the country.

He said many people are ignorant about the core duties of the military and yet make pronouncements to suggest that the military is veering away from its core duty.

He stated emphatically that the military in running a bank will not be distracted in carrying out its duties to the country.

He said if the country is attacked the military will be ready to defend this country.

He said instead of criticizing the military, they should assisted and encouraged to do the right thing.