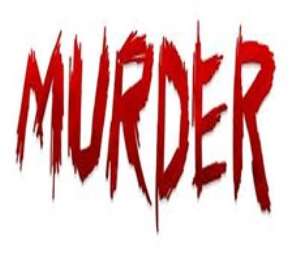 He pleaded not guilty and would re-appear on February 13.

Giving the facts of the case, Chief State Attorney Madam Patience Klinogo told the court presided over by Justice Nicolas Charles Agbevor that the accused and the deceased, Victoria Amoako, 26, resided at Kajebir in the Ahanta West District of the Western Region.

Arthur had three children with the deceased but separated as a result of alleged infidelity on the part of the wife.

The prosecutor said on August13, 2010, the accused invited his former wife to his tailoring shop at Kajebir to collect money for the upkeep of their children and upon arrival, Arthur butchered her, dying later at the hospital.

Arthur bolted after committing the crime and later surrendered to the police.