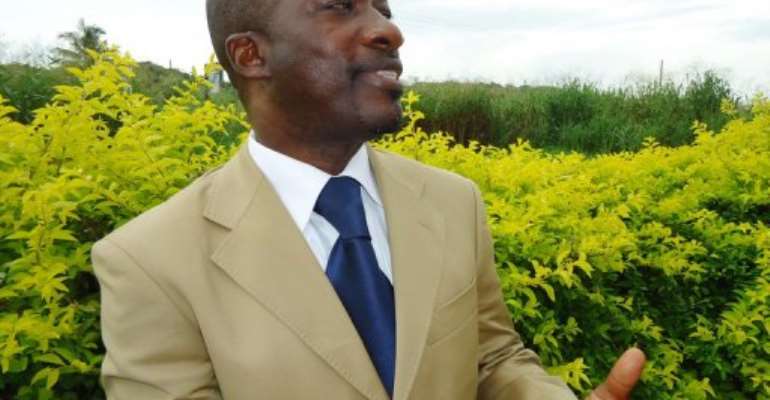 "After a police operation jointly carried out by Ivory Coast and Ghana, Charles Ble Goude was arrested on Thursday in Ghana. He is currently being held in Ivory Coast as part of legal proceedings involving him that are already under way in Ivory Coast," said a joint statement from the Ivory Coast justice and interior ministries.

A former youth minister and powerful orator known for galvanising popular support for Gbagbo, Goude was the subject of an Ivorian arrest warrant for his role in Ivory Coast's December 2010-April 2011 post-election crisis that left at least 3,000 people dead after Gbagbo refused to accept defeat in a presidential election.

According to Goude's lawyer, Israeli national Nick Kaufman, Ghanaian police said his client was arrested on a warrant issued by the International Criminal Court (ICC).

But the ICC told AFP it had no "public link" with Goude, meaning no warrant for his arrest had been made public, and leaving open the possibility that a sealed warrant was used.

Goude came to the political fore for his skill in rallying large-scale protests demanding the withdrawal of French military present in Ivory Coast in the years following a failed coup in 2002.

Sanctioned by the UN in 2006, accused of inciting attacks against its staff, Goude went on the run in West Africa. He had spent time in Ghana in particular, home to a number of Gbagbo loyalists.

The militant leader of the pro-Gbagbo "Young Patriots" has been touted as a possible target for trial by the ICC, joining his former boss, who has been detained by the Hague-based court since the end of 2011 pending his trial for crimes against humanity.

Goude insists he is innocent of any crimes.

Human Rights Watch said in a statement Friday it welcomed the arrest but called on Ivorian authorities to ensure that Goude was treated fairly.

His arrest comes as members of Gbagbo's Ivorian Popular Front Party begin dialogue with current President Alassane Ouattara's government ahead of upcoming local elections in a bid to move Ivory Coast forward from its recent crises.

Collins Dauda is being prosecuted for Akufo-Addo's recklessl...
25 minutes ago