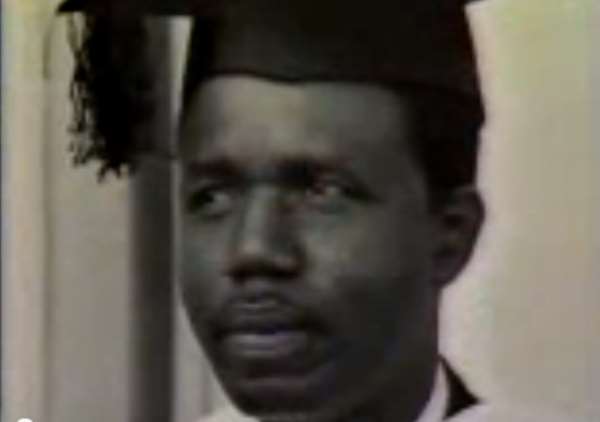 Chinua Achebe, author and writer, was born of Igbo parents in Ogidi, Anambra State, Nigeria. Achebe had his first novel, the classic "Things Fall Apart", published in 1958. In it he explores the conflict between the traditional values and practices of the Igbo people, and those imposed on them by the British colonialists.

Achebe's second novel "No Longer at Ease", was dedicated to his future wife, Christie Okoli. The novel was published in 1960. Achebe married his bride on 10th September 1961.

In His second novel Achebe focused on the challenges, contradictions and conflict experienced by Obi, the grandson of Okonkwo, the main character in "Things Fall Apart", as he worked as a civil servant in Lagos (the then capital of Nigeria), on the eve of independence.

His third "Arrow of God" was published in 1964, and his fourth, "A Man of the People" in 1966. In the same year Achebe went on to published his first children's book "Chike and the River" in response to the colonial influenced education his children were receiving, and the detrimental impact he saw that it was having on their perception of Africa, and pride in being African.

In 1967 civil war broke out in Nigeria as the Igbo people sought to establish the independent state of Biafra. During the war Achebe's home was bombed and his close friend and fellow writer, Christopher Okigbo, who Achebe describes as "Africa's greatest modern poet", was killed. Achebe wrote a poem "Dirge for Okigbo" in his memory.

Throughout the three year conflict Achebe sought to highlight the plight of the Igbo people and towards the end of the war he published a collection of poems, "Beware, Soul Brother," to illustrate the terror and inhumanity people suffered during the Biafran war.

Achebe's fifth and final novel, "Anthills of the Savannah", would not be published until 1987, 20 years after the outbreak of the Biafran war. In it he highlights what he sees as the critical failings of African politicians and intellectuals.

As well as being a novelist Achebe has also written many short stories, poems, and political essays. His most recent written work, "There Was A Country: A Personal History of Biafra," was published in October 2012.

The following link is the first of three featuring an interview with Chinua Achebe: