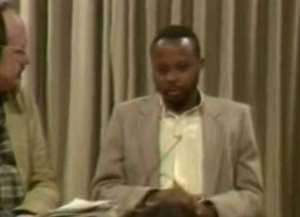 Angola gained independence after a long and bloody war which started in 1961, ending nearly 500 years of Portuguese colonial rule.

On 11th November the MPLA declared Angola independent under the Presidency of Agostinho Neto; the FNLA and UNITA set up a rival government seeking and receiving external support from South Africa on the ground, and the United States (US) financially and militarily, in a bid to oust the MPLA from power. The MPLA in turn received similar support from Cuba and the Union of Soviet Socialist Republics (USSR), then the opposing "superpower" to the US.

The involvement of the two superpowers - the US and USSR -helped set the scene for a lengthy civil war for the people of Angola, immediately post independence. By the time the civil war ended in 2002, following the death of Jonas Savimbi, leader of UNITA, the Angola people had experienced almost 40 years of ongoing conflict.

The following video gives background to the Angolan civil war following independence, highlighting South African and US "investment" into undermining and destabilising the MPLA using, not only the FNLA and UNITA, but also Mobutu in what was then neighbouring Zaire. The clip is just under 60 minutes but well worth watching: