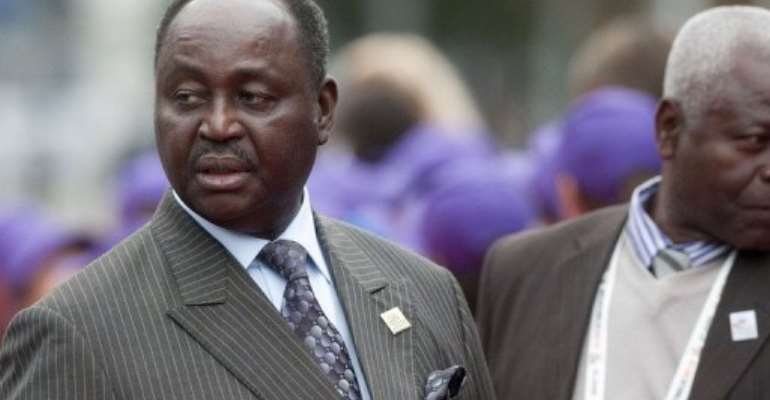 LOME (AFP) - Government-led talks on electoral reform in Togo ended Thursday with an opposition coalition rejecting a recommendation to limit a president to two terms in office, because it may not take immediate effect.

The recommendations do not specify if the two-term limit would only apply to future elections, leaving open the possibility that President Faure Gnassingbe could run for two more five-year terms and remain in office until 2025.

Parliament must approve the recommendations.

"We are saying that Faure Gnassingbe cannot run in 2015," said Zeus Ajavon, coordinator of the Let's Save Togo coalition of civil society and opposition groups. The main opposition groups boycotted the talks altogether.

The military installed Gnassingbe in the presidency after the death of his father Gnassingbe Eyadema in 2005. He has since won elections in 2005 and 2010 which the opposition claims were fraudulent.

His father ruled with an iron fist for 38 years until his death, with the small West African nation now run by the same family for more than four decades. There is currently no presidential term limit.

The main opposition groups boycotted the talks, convened this week by the government, declaring that they had no confidence in the process since agreements reached at similar discussions in the past had not been kept.

Representatives from the European Union and United Nations Development Programme acted as observers.

Opposition groups are pressing for a series of changes, including a two-term limit for the president that would take effect immediately and force Gnassingbe to leave office in 2015.

A series of protests over that demand and others held in recent months by Let's Save Togo have been broken up by the use of tear gas amid clashes with security forces.

Parliamentary elections are due to be held next month, but the government has not announced a date and the polls are widely expected to be delayed.

Other recommendations announced following this week's talks included increasing the number of parliamentary seats from 81 to 83.

Kasoa: 50 Punished To Desilt Drains For Flouting Lockdown
41 minutes ago

COVID-19: Negative Persons Under Mandatory Quarantine To Go ...
41 minutes ago